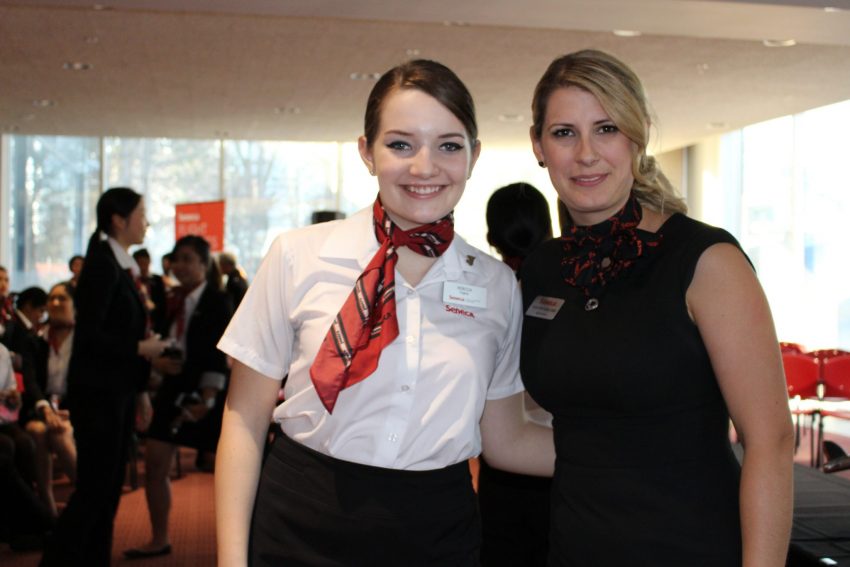 ‘A journey of a thousand miles begins with one step’ was the famous motto at Seneca College’s Flight Services Pinning Ceremony last week. The energy and enthusiasm in the room was palpable with graduates simultaneously bursting into the song I believe I can fly and shedding as many tears as they did laughs.

The event also had some real surprises, with one graduate taking to the podium only to profess his love and propose marriage to his sweetheart, all to the chants and cheers of the crowded auditorium.

A class of 2017 parade, faculty presentations and video greetings from alumni also took place with Carrie Broughton, professor, Program Coordinator, at the helm. She looked back on her advice to the students since the start of the program:

“It’s the same advice I’ve had for them since first semester, back in September 2015, and that is to chase your dreams, never give up. With initiative, with passion, dedication they can go very far…and I don’t mean 35 thousand feet far, I mean that they can do any job that they want.”

Broughton spoke of challenges graduates might face early on, “training is very very difficult – they’re prepared, they know that but I think as much as you can say that training is going to be difficult, it’s still a bit of a shock,” said Broughton.

She explained that some training courses last five week, while others run for 12 depending on the airline they go…”after that, it’s smooth sailing”.

Flight Services is a division of the School of Hospitality and Tourism.

For information, go to: www.senecacollege.ca 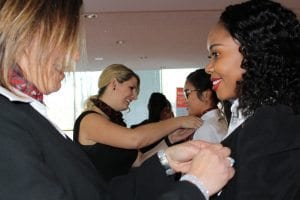 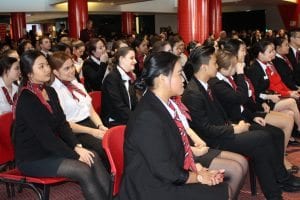 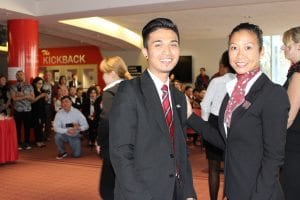 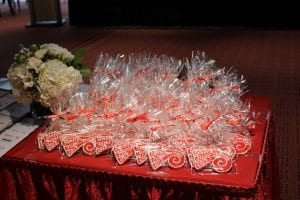