A second suspect has been arrested in the murder investigation of Matthew Arcara, a young man described as “loyal” and “ambitious.”

York Regional Police report Brandon Hudson, 22, of Richmond Hill was charged May 22 with first degree murder, two counts of robbery using a firearm, two counts of forcible confinement, disguise with intent and killing an animal. Arjuna Paramsothy, 31, of Newmarket was charged with the same offences on May 17.

At about 6:50 a.m. that day, police learned that a vehicle connected to a Toronto home invasion might be located near Bayswater Avenue and Emily Court in Richmond Hill and found a body in the driver’s seat of a Jeep Wrangler. They then went to a Toronto residence connected to the victim, where they found two men who had been tied up and robbed but not physically injured. The victim’s dog, Kobe, was killed. 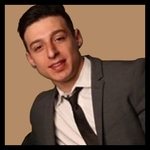 “Matthew made many friends easily and was loyal to them to the end,” his obituary reads. “He was an ambitious young man, with a bright future ahead of him. His life ended in tragedy but he lived it to its fullest.” His funeral takes place at St. David’s Parish on May 24 at 10 a.m.

The two accused are being held in custody and scheduled to appear in court on June 1.