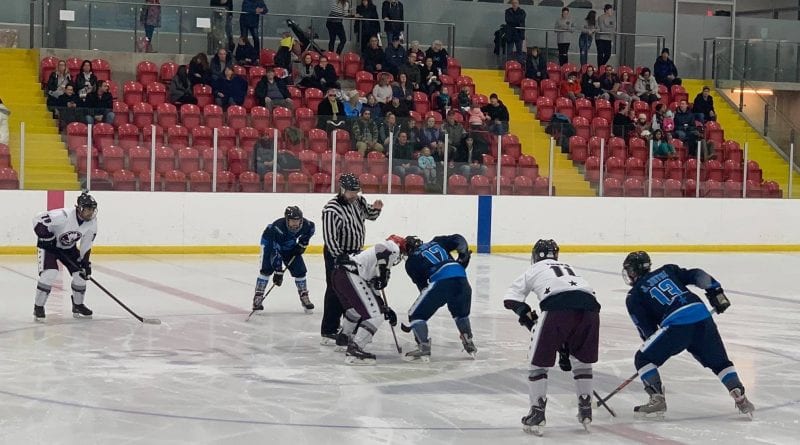 Hockey fans and community supporters are encouraged to come out and enjoy great hockey while supporting a local non-profit organization.

Mark your calendars for March 21 and plan on attending the Scoring Goals for the Community Charity hockey game.

Stouffville resident Sam Daskalopoulos lives for hockey. He has enjoyed living in Stouffville with his wife and three daughters for the last 12 years. “Scoring Goals for the Community is my passion project,” Daskalopoulos says. He currently works for OGP Enterprises (www.officialgamepuck.com) as the Regional Manager.

The initial charity concept started while he was working with Lexmark Canada. The charity hockey game replaced the annual Lexmark golf tournament.

The 2017 and 2018 events benefited the United Way as that is the Lexmark charity choice.

In 2019, he rebranded the event and officially started branding the events as Scoring Goals for the Community. The concept is to donate the funds to different local charities in the community.

Proceeds from the March 21 event will benefit The Able Network. Visit www.theablenetwork.ca for more details.

“We all have the ability to do something to help others, I choose to do it through the sport I love,” adds Daskalopoulos.

In November 2019, the Scoring Goals for the Community event in Newmarket raised over $13,000 for Kerry’s Place Autism Services. The celebrity coaches for that game were Newmarket Mayor John Taylor and Aurora Mayor Tom Mrakas.

To date, all three events have been held in Newmarket, and now he has plans to hold multiple events per year in different communities.

The upcoming Scoring Goals for the Community charity hockey game takes place at the Stouffville Clippers Arena and starts at 7 p.m. Following the game, the after party will be held at Boston Pizza at 1060 Hoover Park Dr. at 10 p.m. The response and feedback have been incredible, and he hopes to host the event in Stouffville every March.