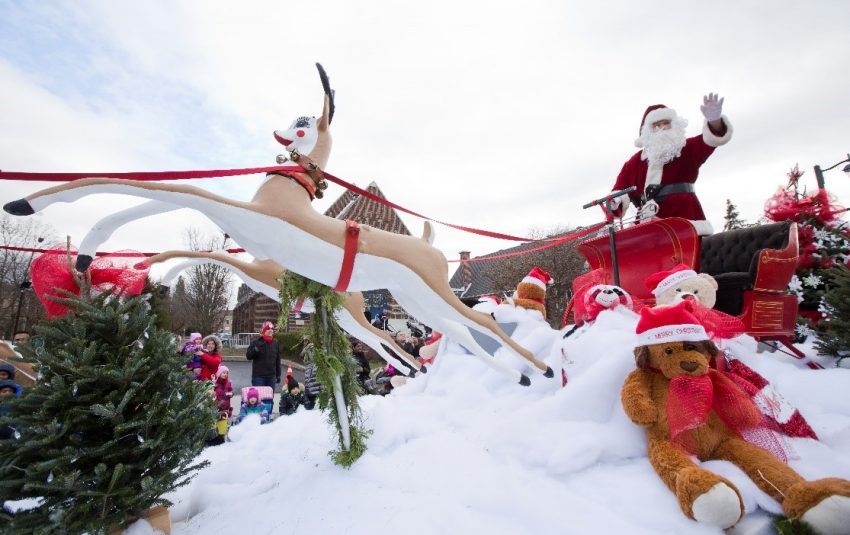 The 45th Annual Markham Santa Claus parade was streamed live; a first for the city of Markham, the “High-Tech Capitol” of Canada.

“It’s a tribute to the community that the Markham Santa Claus Parade has been going strong for 45 years,” says Mayor Frank Scarpitti. “I wanted to make sure we could all see the parade live and be able to watch it again with our family and friends. A first for our city, this is a way to enjoy all the sights and sounds while feeling a part of something that means so much to all of us.”

This year’s special guest co-host Lloyd Robertson, Canadian TV icon and proud Markham resident, captured the imagination of many in the community and from around the world.

“Having Lloyd has warmed everyone’s hearts,” said Scarpitti.  “He is a great Canadian. What a way to cap Canada’s and Ontario’s 150 and the fifth anniversary of Markham becoming a city. It’s been a memorable year.”

Hundreds of local residents, as well as marching bands and representatives of the city’s cultural communities, marched in this year’s parade. Disney characters made their first appearance in Markham this year along with a special appearance by Canadian veterans including retired corporal Phil Badanai, who also represented Canada in the Invictus Games.

The community event is organized by dozens of dedicated volunteers.

“Thank you to Jim Sandiford and everyone at Markham’s Rotary Clubs for organizing a dynamic, engaging and fun-filled parade,” said Scarpitti. “Your hard work is truly appreciated.”