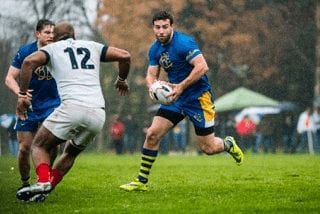 Rugby fans across Markham and Stouffville should brace themselves for yet another exciting season as the 2016 Marshall Premiership is already under way.

Fletcher’s Fields will host a plethora of games, with the Markham Irish, Aurora Barbarians and Toronto Scottish all playing their home games at Douglas Horne Stadium, Fletcher’s Fields in Markham.

It will be an exciting season of rugby once again, as the Irish will be looking to improve on last year’s sixth place finish that nearly saw them drop out of the tournament.

Scottish fans, on the other hand, should be hopeful that a championship could be coming their way soon following the heartbreaking loss to the Oakville Crusaders on the last day of the season. With a victory, Toronto would have finished first in the Premiership.

The Barbarians enter the season following a descent 2015 campaign that ended with a victory over the London St. George’s, sending the southwest rugby club down a division. Waterloo County, the 2015 Marshall Championship winners, will take over as the eighth team in the Premiership.

The Ontario Blues, the province’s high performance senior team, will also be making a few trips to Fletcher’s Fields, with the first visit pitting the Blues against the England Counties. The game is not a part of the Canadian Rugby Championship, but the visiting team will undoubtedly be a tough test for the Blues.

For those interested in attending the Blues’ games, they will be playing at Fletcher’s Fields on July 21 and July 24.

The Blues under-19 team will also be making Markham a home of sorts, with practices, tryouts and games taking place at Douglas Horne Stadium throughout the summer.

And let’s not forget that the women will also lace up their cleats and hit Fletcher’s Fields as their season is also underway. There are plenty of games being played in Markham, for more information on the schedule visit www.rugbyontario.com.

For all fans of rugby, Fletcher’s Fields should become a second home. The Premiership is shaping up to be an exciting and highly contested affair once again, while the Ontario Blues are sure to bring even more intensity and entertainment during their visits to Markham.