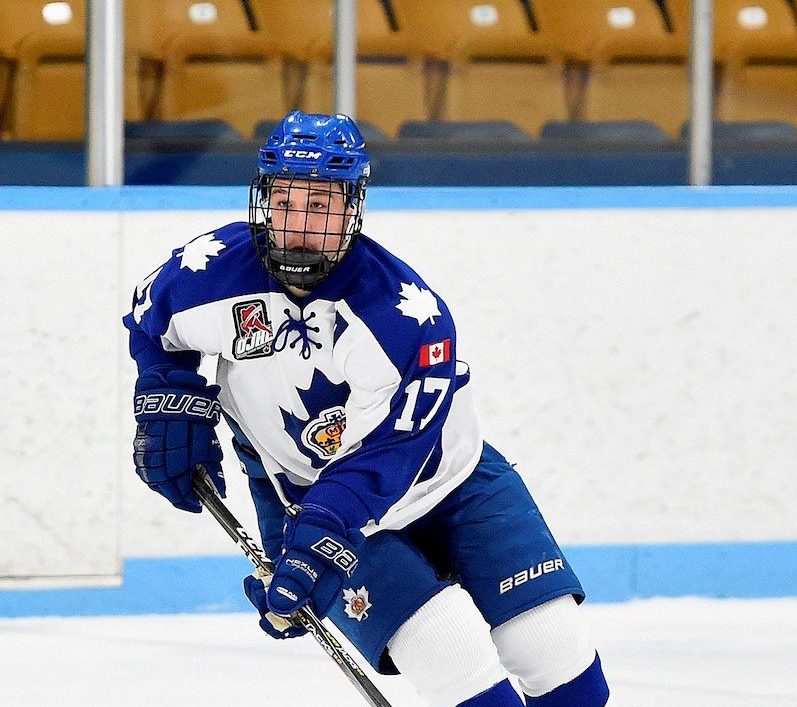 The Markham Royals may not have gotten all of the points available Jan. 5-7, but they deserve full marks for the three they earned.

Markham’s first game of 2018 was a sound 6-1 victory at home over the Stouffville Spirit on Jan. 5.

Brett Ouderkirk opened the scoring a little more than five minutes in, and Jonathan Prasnjak got his first of year before the opening period was up to extend the Markham lead to 2-0. Justin Bennett and Lucas Condotta scored shorthanded and power-play markers, respectively, to make it 4-0 before Stouffville’s Jordan Giacomin replied on the Spirit man advantage, cutting the Royals lead to 4-1 after 40 minutes. Bennett’s second of the night and Alessio Luciani’s late marker capped off the win for Markham.

On Jan. 7, the Royals travelled to Oakville to face the Blades, owners of the Ontario Junior Hockey League’s second-best record.

With the Royals trailing 1-0 in the third, Ouderkirk scored with 6:58 to go to send the game to overtime. Despite an excellent effort by goaltender Nate McDonald, his 45 saves would not be enough as the Blades won the contest in the extra period.

Markham’s next game is against the division-leading Newmarket Hurricanes at home on Jan. 12.

In the photo: Markham’s Jonathan Prasnjak scored his first goal of the season in Friday’s win over Stouffville. Courtesy of Andy Corneau / OJHL Images.