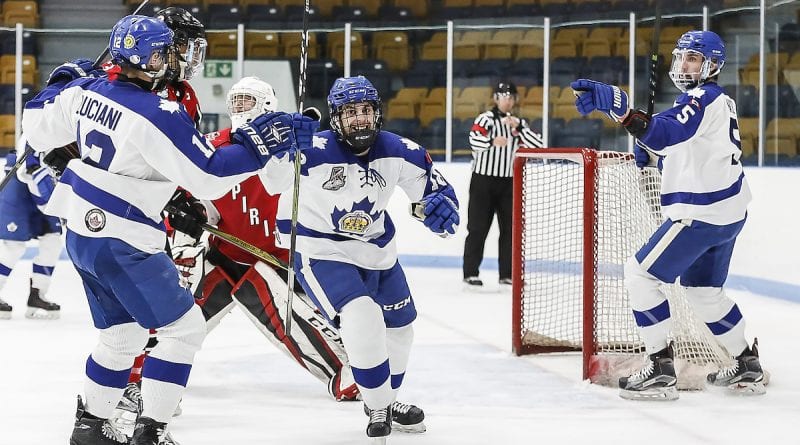 As the North Division champions, the Royals will take on the Georgetown Raiders, who crossed over into Markham’s bracket by virtue of their wild-card spot. The Royals lost the season series to the Raiders with an 0-1-1 record, although they haven’t faced Georgetown since Dec. 1.

Markham’s record of 29-18-2-5 netted the team 65 points in the regular season, while Georgetown picked up 55, good enough to tie for fourth in the West Division.

As the home team in the series, Markham will host games one, three, five and seven in the North Division semifinals, beginning at 7:30 p.m. on March 1 at the Markham Centennial Centre. The entire opening round schedule follows.

Photo: Nick Giunta (centre) and the Markham Royals are gearing up for their first-round playoff matchup against Georgetown. Ray MacAloney photo