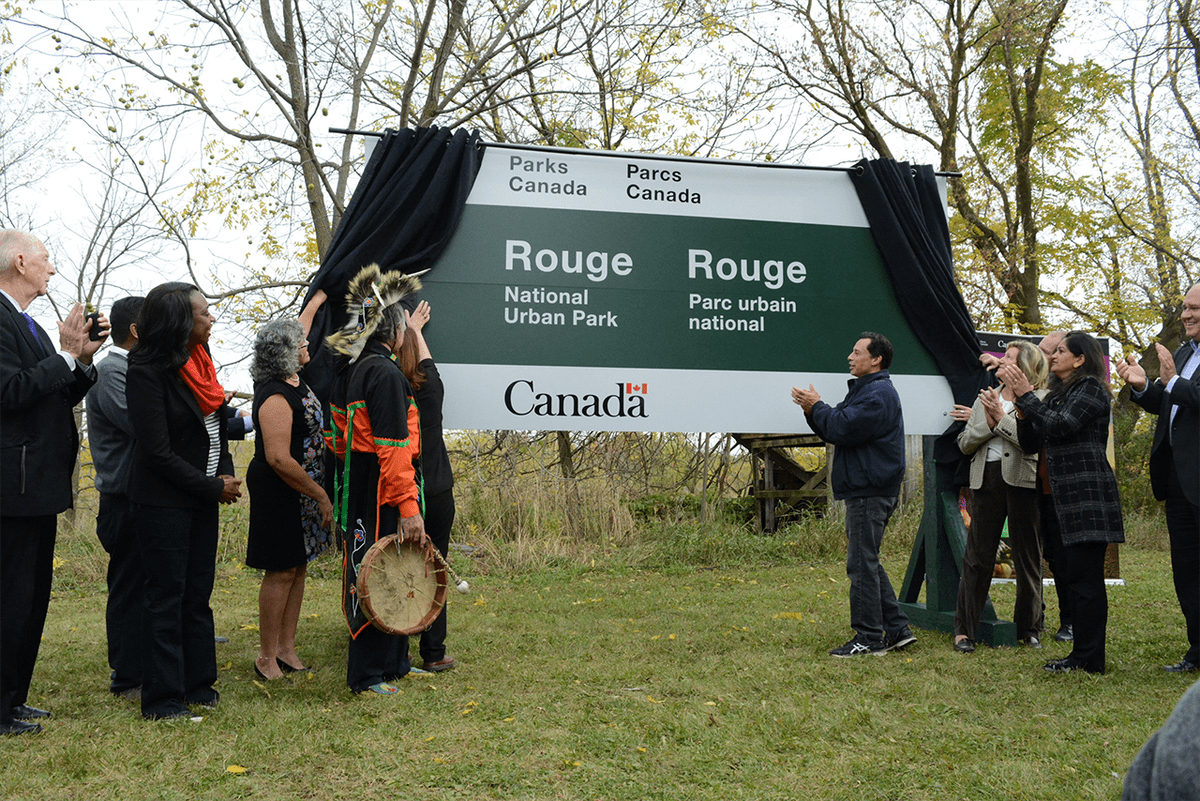 When the Rouge National Urban Park is completed, it will connect Lake Ontario to the Oak Ridges Moraine through parkland—a hard-to-come-by commodity in today’s urban landscape.

With these 1,600 acres now under Parks Canada control, it the federal park service can more easily include them in its educational and ecological programming centred around the Rouge National Urban Park—billed as the first of its kind in Canada and largest in North America—according to a Parks Canada spokesperson.

“It really means that the area receives the highest level of protection that it possibly can,” said Omar McDadi, external relations manager for the urban park. “We do everything we can to make the park accessible and make the park’s stories—past and present—come alive for folks.”

McDadi said the park has already played host to more than 400 events this year, ranging from guided trail walks to butterfly days to the delicious ‘taste of the trail’ walks, meaning the park has been well-used by Markhamites and others across the region.

When the final pieces of land are transferred to Parks Canada in the coming months, the Rouge National Urban Park will encompass 79.1 square kilometres—80 per cent of which is already connected under the agency’s control.

The master plan for the park carves out protections for farmers whose lands are impacted. To Markham—Stouffville Member of Parliament Jane Philpott, this is part of the park’s service to all in the region.

The protection and preservation of this parkland serves Canada’s conservation and environmental efforts, but also offers up a respite from the hustle and bustle of city life—even just for a short walk.

“It is a place where you can feel like you’ve escaped the city, almost within the city,” McDadi said, noting that before the Route National Urban Park, the GTA was the only major metropolitan area in Canada without a nearby national park.

“It’s really a hidden gem for some folks. And for others it’s a place they’ve known of and loved for quite some time,” he added. “The park can act as a gateway to discovering the rest of Canada’s amazing natural and cultural heritage. In that sense, it’s important that Parks Canada has a presence here, because we do have a presence in most other places in the country.”

Markhamites can access the park through the Reesor Road Welcome Area, or the Bob Hunter Memorial Park, off of Reesor and 14th Ave. Both sites are accessible by public transit, which is a unique feature of the Rouge National Urban Park not shared with Canada’s other national parks.