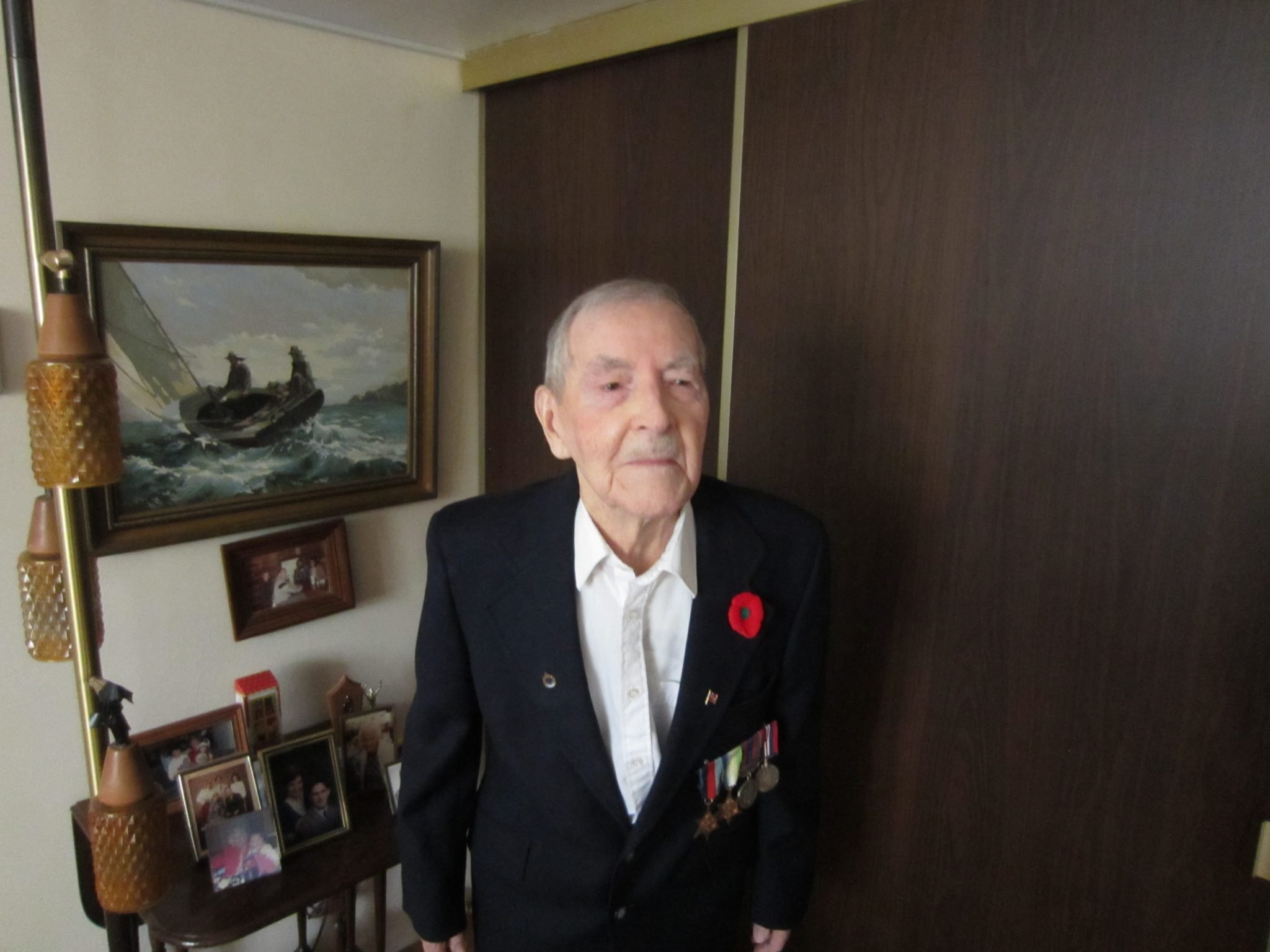 “At 18 years of age, I joined the Navy, in February ’42, down at York. I was there for one week and then they told us we were going to Sydney. I thought they were talking about Australia, but it ended up being Sydney, Nova Scotia.

“After thirteen weeks of training at Annapolis, I served as an ordinary seaman on the Kootenay, a town-class destroyer. We were there to protect the supply ships fitted with soldiers, food and armaments going to Londonderry, Ireland. The supply ships moved at about six knots, hardly moving, and were easy targets. The main threat came from German subs. They were around our shores as well, but they didn’t want to give themselves away and didn’t sink us there.

“When a ship was blown up, we would climb down a rope ladder as close to the water as possible and take hold of the sailors or anyone who had been on the ship. We would hook our arms and try and take hold of them. Sometimes they were gone. Then we had to let them go and float away. That was bad.

“After getting sick on the Kootenay and recovering at Stadacona, I served on the Sharney. We sang a little song, ‘motor boats, carley floats and little wooden dories, the Sharney goes to sea, so do we.’”