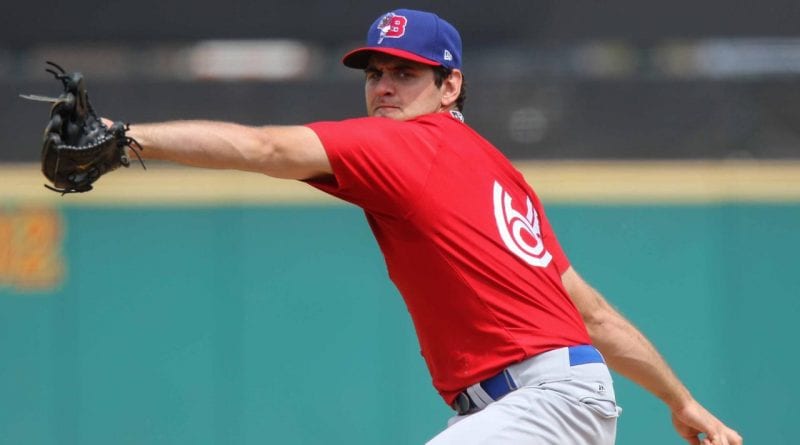 The opportunity for Jordan Romano to put on his home team’s jersey in a Major League Baseball stadium has come to fruition.

On Wednesday afternoon, the Markham native was called up to the Toronto Blue Jays from the ‘AAA’ Buffalo Bisons.

The Father McGivney graduate played college baseball for Connors State and Oral Roberts before being drafted by the Blue Jays in 2014.

Romano was selected by the Chicago White Sox in the Rule 5 Draft this winter before being shipped to the Texas Rangers, where the former Ontario Blue Jay attended their major-league camp.

When he didn’t make the Rangers roster, Romano was sent back into the Blue Jays farm system, where he has been used primarily as a reliever for the Bisons.

Romano has joined the Blue Jays in Baltimore, where Toronto is in the midst of a six-game road trip. His first potential appearance at the Rogers Centre would be on Monday, June 17, when the Jays host the Los Angeles Angels.

Photo courtesy of the MILB – Markham’s Jordan Romano has been called up from the Buffalo Bisons to the Toronto Blue Jays.