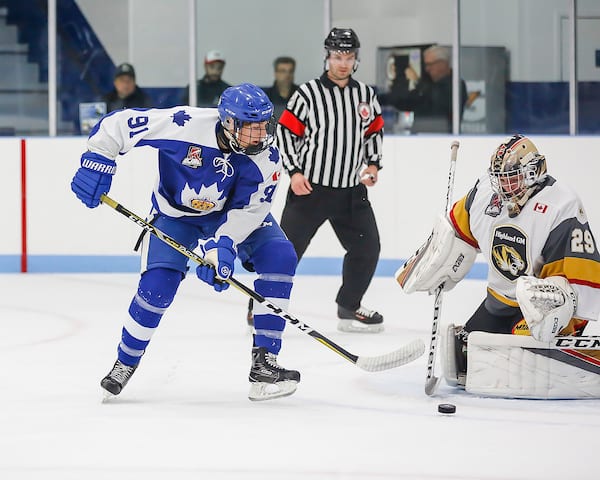 A couple of Markham Royals will be going up against the best players on this side of the country.

Christos Rodis and Devyn Mayea have both been named to Ontario Junior A Hockey League rosters ahead of the Eastern Canada Cup All-Star Challenge, taking place in Trenton.

Rodis will suit up for the OJHL Hawerchuk team. The draft-eligible forward has scored 10 goals in just 18 games this season for his hometown Markham squad.

Mayea, an overage defenceman, will represent the OJHL Nieuwendyk team. The veteran blueliner has 16 points through Markham’s first 20 contests.

They will compete in a round-robin format with modified, two-period games before quarter-finals, semifinals and a final will determine a champion.