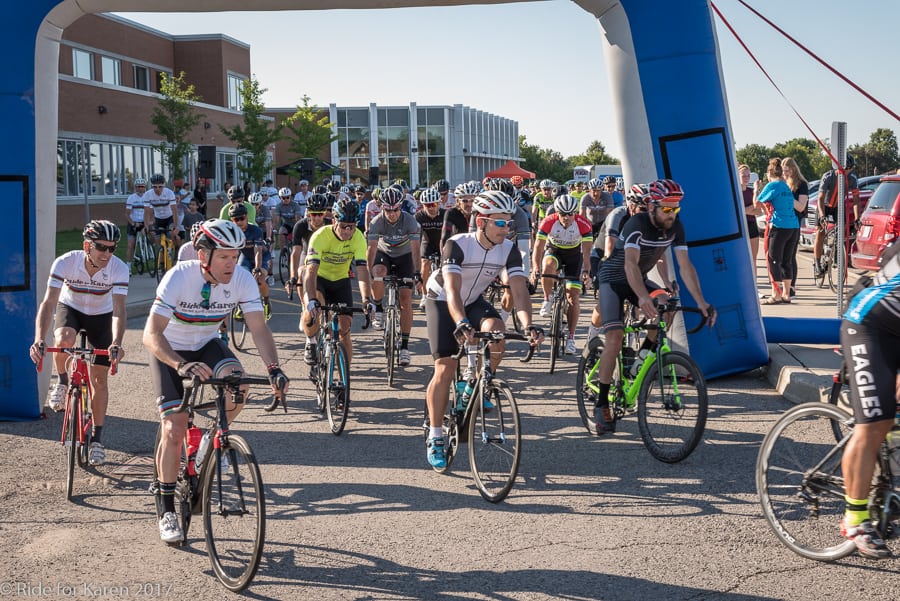 Hundreds of cyclists. Two hundred kilometres. $150,000 to enrich the lives of kids with cancer. It may sound like an ambitious plan, but it’s been a reality, year after year, at the Ride for Karen.

Launched in 2002, just a few weeks after Karen Tobias died of breast cancer at the age of 53, the bike ride in her name has raised more than $2.5 million to furnish new cancer care facilities, boost cancer support centres and enable kids with cancer to attend camp.

Karen’s sons, Markham residents Kris and Kirk Tobias, have overseen the growth of the annual ride, which started before charity rides had the popularity they do today.

“When we started, there was Ride for Karen and Ride for Heart,” said Kris. “Now, cycling has really had a big boost, a renaissance. There are a lot of charity events, which ultimately is good, because people are combining cycling with philanthropy.”

A few dozen participants took to the road at the Tobias brothers’ first ride. This year, they expect upwards of 250 riders and about 50 volunteers to steer the process along.

Depending on skill level, riders can choose between a number of options: the 200-kilometre double metric ride, 160-kilometre century ride, 100-kilometre metric ride, and the new 70-kilometre ride. All rides start from Markham District High School on Aug. 12 at 8:30 am, where riders will head north, some as far as Lake Simcoe.

At its core, it is still a family-focused initiative.

“We’re a volunteer-driven, family-fun event,” said Kris. “Our aspirations are to put on a good event that people really want to put on their calendar and to raise money to send kids with cancer to camp. We’re not the kind of event that aspires to put thousands of people on the road. It really works at the size that it is.”

It’s hard to argue with that. Setting Ride for Karen apart from most charitable endeavours is the organization boasts zero overhead costs. Any costs relating to organizating are underwritten by the title sponsor, Scotiabank, which means every penny raised goes towards sending kids with cancer to camp. Since 2004, the ride has benefited Camp Quality, Camp Oochigeas, and Camp Trillium. Money raised from the Ride for Karen will also go to bringing the camp experience to some pediatric cancer patients who may not be able to make the journey to an off-site camp. Those services are not covered by OHIP, which is why the initiative has been so well-received.

“The need is still there,” said Kris. “There’s not a lot of government funding for these programs and we believe that these programs add a lot of value to these kids and their families who are struggling and challenged with cancers.”

Sixteen years after the first ride, Kris says he and Kirk have been moved by the opportunities they’ve had to tell people about Karen.

“This honours the memory of our mother,” he said. “This allows us to keep her name out there and it helps put some meaning after a very difficult loss.”