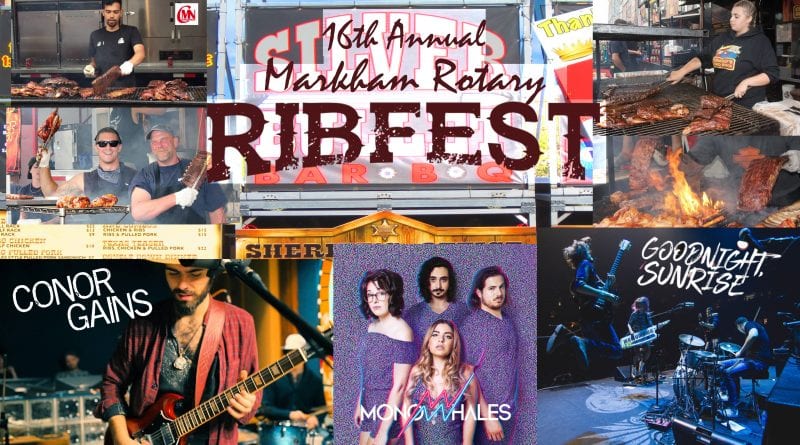 If it’s summer, then it’s ribfest season on Ontario.

About 2 million visitors are expected at one of the about 65 ribfests across the province this season. Towns as small as Gananoque, as isolated as Owen Sound, Timmins and Cornwall all have ribfests of their own.

Our very own Markham Ribfest is hosted by the Rotary Club from the region and is set to take place July 5 to 7 at Enterprise Blvd. parking lot in Downtown Markham.

The festival is expected to draw 40,000 guests and likewise serve nearly 40,000 pounds of barbeque cuisine. Each ribfest is built around the idea of a contest between vendors for who can serve the most delicious barbecued ribs. Among this year’s competing ribbers are many award-winning methods of preparing and serving slow-smoked ribs, both beef and pork, as well as chicken and sausages.

The weekend culminates with the coveted Rib-Off on the afternoon of July 7. Of course, the fun of a Ribfest might be centred around the ribs, but there’s generally much more to it.

If there are folks attending with a rib fan but don’t themselves enjoy barbecue as much, there are many other food options. There will be many additional food vendors offering alternative and even vegetarian choices. This to say nothing of the ice cream and other desserts that are readily available too.

There are also dozens of choices when it comes to beverages. Craft style beer, wine, lemonades, soda and smoothies will be available.

While you may have come to eat, there is always much more to do at these events, and Markham’s Ribfest is no exception.

There will be a Kid Zone featuring midway rides, inflatables, games and vendors for the whole family.

There will, of course, be live music performances throughout the weekend. The Monowhales, Conor Gains Band, Future History, Goodnight, Sunrise, and The Honeyrunners are among the acts on the bill that have extraordinary reputations as exciting performers.

“Every single performance should feel like the best party you’ve ever been to,” says Vanessa Vakharia, singer, keyboardist, and keytarist for Goodnight. “We like to have a really tight live show and deliver an unforgettable, energetic performance.”

Their show features glitter, streamers and confetti cannons alongside extended party jams and crazy group drumming. The songs start the party off, but the performance is what you’ll likely remember.

“The other bands at Ribfest are amazing though,” continues Vakharia. “Conor Gains blows my mind. I really can’t wait to check them all out.”

For more details, go to markhamribfest.com.