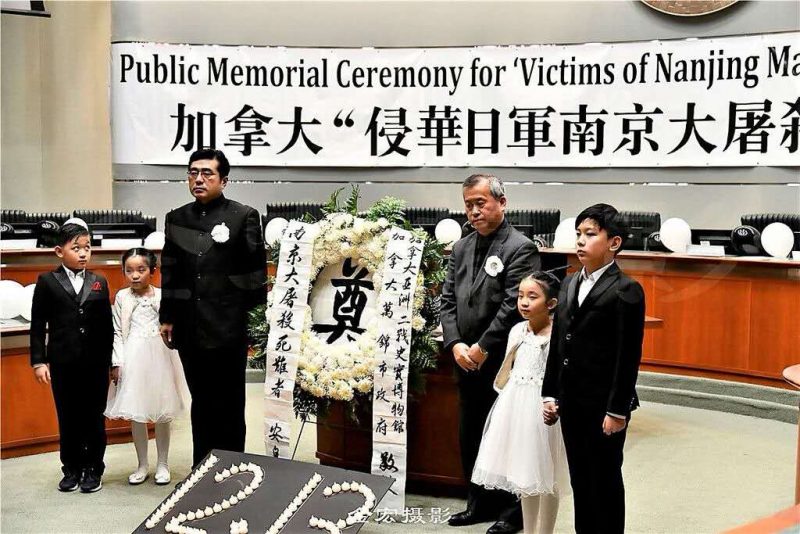 Over a period of six weeks, beginning Dec. 13, 1937, more than 300,000 people in Nanjing – including women, the elderly and young children – were tortured, raped and murdered during the Japanese invasion of China. The event is known as the Nanjing Massacre or the Rape of Nanjing. Then the capital of Nationalist China, the city was left in ruins and it took decades to recover. In 2017, Markham council issued a proclamation for the 80th anniversary, declaring Dec. 13 would thereafter be recognized as Nanjing Massacre Remembrance Day.

The memorial ceremony honoured and remembered victims of the massacre while educating the public in a bid to promote understanding and peace. Guests included Haicheng Wang, Asian Memorial Museum of Canada president; Han Tao, People’s Republic of China consul general; MPs and MPPs.