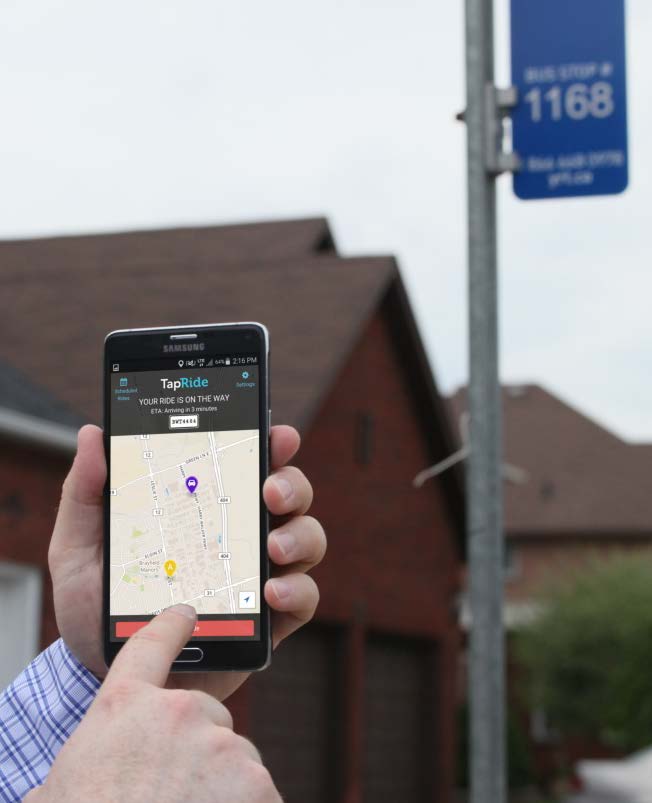 Traveling the Region’s roads at rush hour can be challenging, but at least it’s going to get a bit smarter.

Travel Smart is a new initiative tying together and building upon a series of programs with which York Region hopes to make it easier to get around, even as more drivers keep making use of finite road space.

As important as it is for York Region to keep building and maintaining its roads, it’s at least as important that “we also invest a lot of time and energy in making efficient use of network we do have,” York Region roads and traffic operations director Brian Titherington says.

Many of the programs now bound up within Travel Smart are already visible out on the roads. For example, there are the roadside signs letting you know of a watermain break, or traffic accident up ahead, so you can try an alternate route. Messages going out on social media provide the same function. Some new technology also came online during the construction of the first Viva Rapidways along Highway 7. Those road signs telling you how long it takes to get from Point A to Point B use a Bluetooth technology that is being expanded, from about 50 intersections now to nearly 300 across the region.

The 2015 Pan Am Games were another crucial catalyst, with a transportation management centre providing means for the Region, local municipalities, the City of Toronto and the province to coordinate their efforts. While governments care about their respective spheres, Titherington says, drivers don’t care or notice as they move across jurisdictions.

Plenty of other technology is operating behind the scenes. More advanced traffic controls show where troubles or changes are happening and allow staff to adapt in real time. That means signals can be adjusted and optimized on the fly to help traffic flow out of Canada’s Wonderland after closing, or to ensure drivers can get to and from the Markham Fair during the period it’s open.

“We want to minimize the amount of time that nobody’s moving,” Titherington says.

The ability to coordinate signals and give priority to transit and emergency signals also provide crucial minutes that make it easier for commuters to try bus travel, or for ambulances to get to a hospital more quickly.

While the road network was primarily designed for automobiles, Titherington points out the benefits of Travel Smart similarly make it easier to adapt to the needs of pedestrians, particularly in growing mixed-use neighbourhoods like Markham Centre.

The Region launched its own app in January, making easier for you to report potholes and traffic problems so responses can come more quickly. But third-party apps, like Google Maps and Waze also take advantage of the huge flow of data now being generated by the Region and its partners.

Before the end of the year, residents will also see a mobile app to pay for transit, saving YRT money on printing up obsolete tickets and saving riders time as they no longer need to fumble in their pockets or line up at a kiosk.

“It’s just about us catching up to where the world is going,” Titherington says of the initiative.

The Catch-22 of transportation planning is that even as new capacity is found on roads, it gets filled up by cars, making it harder for drivers to see progress. Part of what the Region is trying to do is remind people that if they always choose to make the same rush hour trip, they’re bound to see it getting longer. “Our job is to give people options,” Titherington says.