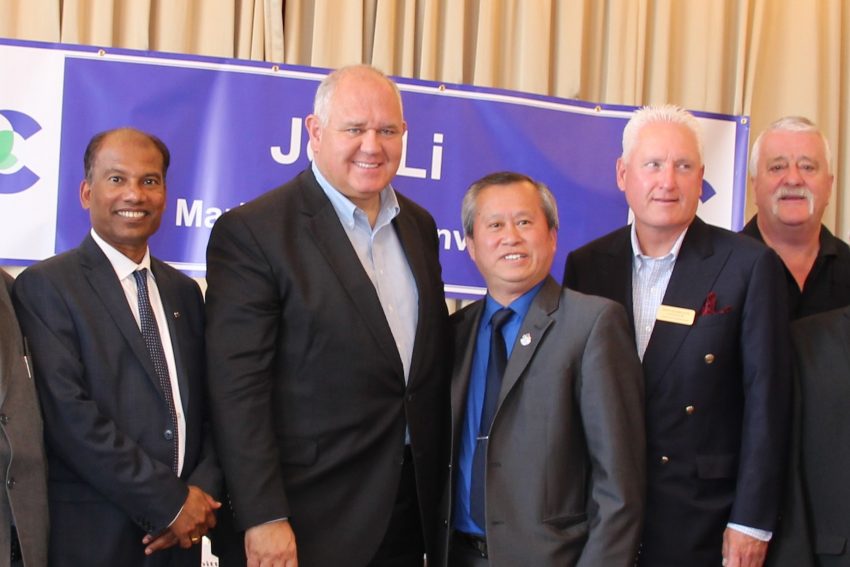 Markham Regional Councillor Joe Li says that he is committed to bringing his experience from the City of Markham to the Ontario Government and will seek the Markham-Unionville Nomination for the Ontario Progressive Conservative Party.

He made his announcement at the Golden Palace Banquet Hall yesterday at lunch time. Mayor Frank Scarpitti and councillors Don Hamilton, Colin Campbell and Logan Kanapathi were all in attendance.

Mayor Frank Scarpitti came to offer moral support to his longtime colleague and share a few words on the importance of working together.

“At the end of the day, whoever gets elected – we need a good representative down at Queens Park that will work with the Mayor that will work with the Council (and) that will work with the community to get things done. So, I just want to say, Joe – you have given a lot of your personal time to serve the public. You have worked very hard on Markham Council. Everything from improving international relationships with many cities around the world to certainly looking after the finances as well and also I want to say to he is someone who is prepared to make tough decisions,” says Scarpitti.