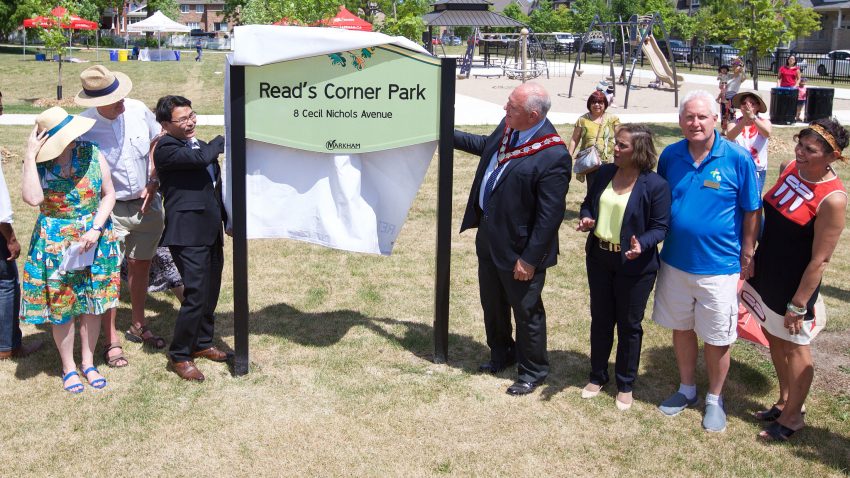 The official opening of Read’s Corner Park pays tribute to one of Markham’s early settler families and its rich agricultural history.

In 1849, Thomas and Ann Read settled in Victoria Square and purchased four 100-acre farms in the area. Before Victoria Square post office was established in 1854, the community was unofficially known as Read’s Corner. According to historical records, Markham Village was home to between 800 and 900 people at that time and contained two grist mills, a woollen factory, oatmeal and barley mills, a distillery, brewery, tannery, temperance hall and four churches.

In 1905, the Nichols’ family purchased the Read property, which was originally part of an agricultural community surrounding the hamlet of Victoria Square. The farm was passed down from generation to generation until it was sold to the Rinas, Manday and Baum families in 1965. Read’s Corner complements the Nichol’s farmhouse, built in 1915, and an additional brick home built in 1936.

Photo: The official opening of Read’s Corner Park was celebrated on July 7. City of Markham photo.