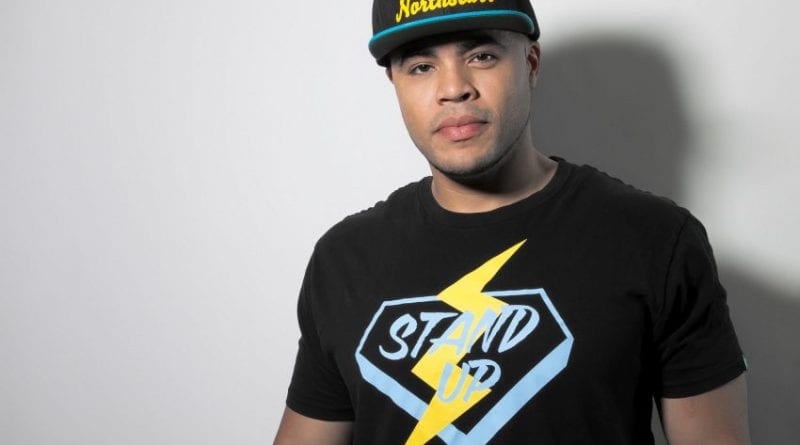 Canadian rapper Duane (D.O.) Gibson, an Ontario based motivational speaker and certified artist will be celebrating Black History Month by embarking on the Stay Driven, Black Canadian 36-date school tour. Each show is a one-hour assembly that combines speaking with live performances to engage the audience while delivering a solid message.

Stay Driven, the Black Canadian presentation specializes in Black Canadian History. D.O. talks about Viola Desmond, who stood up for her rights by sitting down at a segregated movie theatre in Nova Scotia. Desmonds’ likeness is now featured on the Canadian 10-dollar bill. He talks about freedom fighter Josiah Henson, a slave that travelled the Underground Railroad for freedom in Canada, became a land owner and helped free and empower other blacks. The presentation is interactive, and Gibson gets the students rapping along to a Negro spiritual. Finally, he calls upon volunteers to play a game of name that tune to highlight black music contributors.

Doubling as a successful record label executive and a socially active community ambassador, D.O. sees no limitations when chasing his goals and is bound only by the hours in a day.

In between recording albums, D.O. founded the Stay Driven program that launched in 2001. Stay Driven is based on his own life experiences where he addresses relevant topics such as anti-bullying, peer pressure, and literacy. Gibson has spoken and performed at over one thousand schools reaching hundreds of thousands of students. In 2012, he released the book Stay Driven.

In addition to his career as an artist, he is also the driving force behind Northern Power Summit – regarded in the urban community as one of the premier emerging conferences in Canada. He is currently in the studio putting the finishing touches on his upcoming album Second Home, to be released this spring.