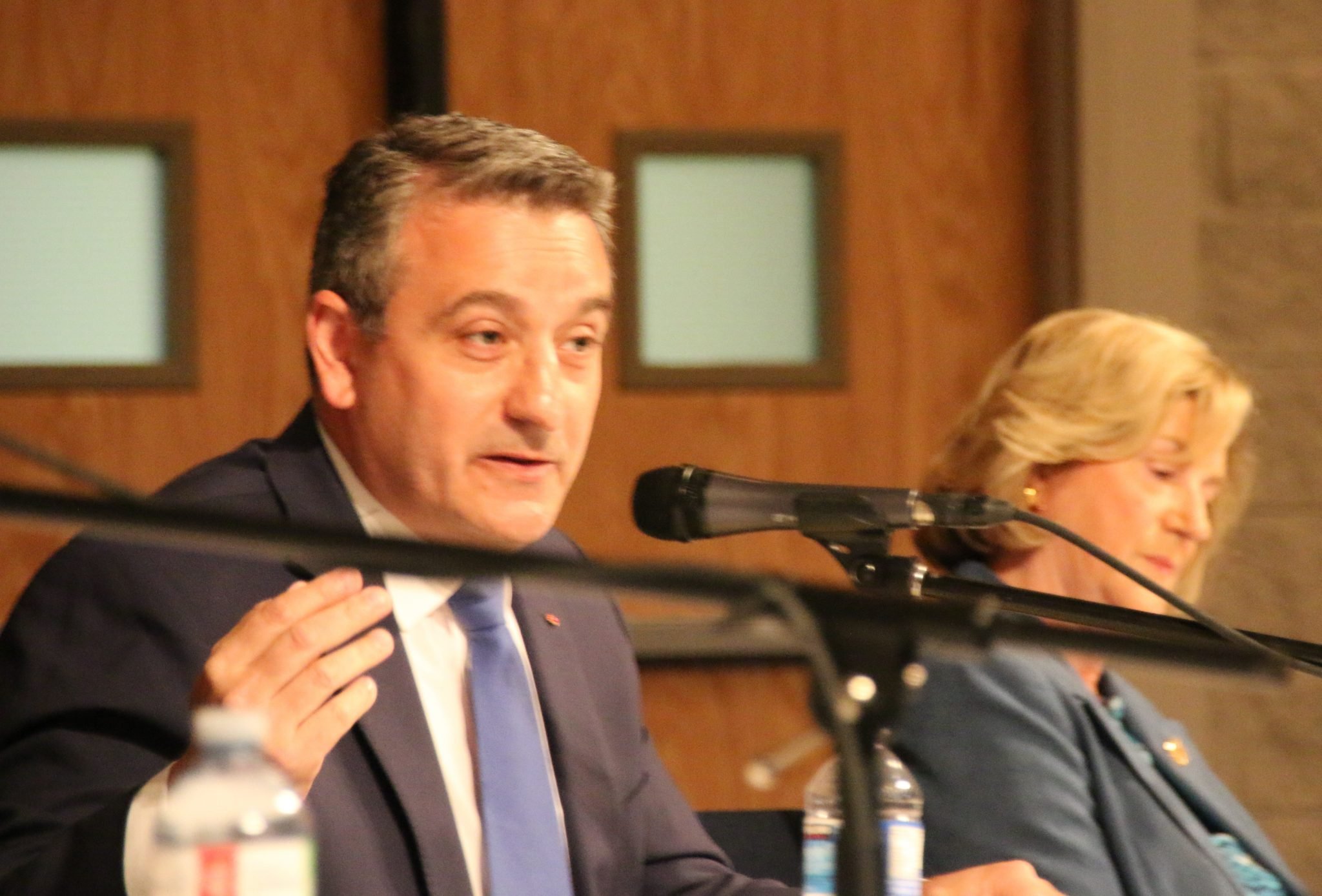 It’s rare that a political party survives 15 years in power, but the provincial Liberals have managed just that. Sure, the Progressive Conservative party dutifully shot themselves in both feet to let two elections slip through their fingers. But now, with a very bombastic and controversial leader at the helm, the PCs are about to try again to dislodge the Liberals and one of the most unpopular Premiers in provincial history.

Markham-Stouffville Liberal candidate and provincial health minister Dr. Helena Jaczek lets out what can be described as a small groan when the polling numbers of her leader are mentioned.

“I’m just going to emphasize the difference in the platforms,” Jaczek says, defending Kathleen Wynne as a tireless, intelligent, dedicated public servant. “Why that doesn’t really resonate is a puzzle for those of us who know her.”

The low polls for the Liberal leader have been noted by party strategists and they have stayed far away from any Team Wynne-style branding. Instead they are willing to push individual candidate strengths as well as a deficit-inducing platform.

Markham Ward 6 Councillor Amanda Yeung-Collucci carries the Liberal banner in Markham-Unionville. The affable municipal politician has established herself as a hard worker who is a frequent sight at any and all community events.

Juanita Nathan, a school trustee and vice-chair for the York Region District School Board, is on the ballot in Markham-Thornhill.

Paul Calandra, a former MP for Markham-Stouffville, is back for another run at the ballot box as the Progressive Conservative candidate. He acknowledges the good work and capabilities of candidates like Jaczek but puts the focus squarely on unpopular Liberal leader Kathleen Wynne.

“It’s not just about their platform,” he says. “This (election) has very much become a referendum on their performance over the last 15 years” adding that Ontario now pays $12 billion per year in interest payments alone.

But he emphasizes fiscal responsibility will be key and channels concerns he is hearing from voters at the door.  “They wonder how much more we can afford to borrow. A lot of them say ‘we’ve kind of been lied to. You tell us one thing and do another. We didn’t vote for a lot of the things they talked about and despite all the debt we don’t feel like we’re any further ahead.’”

Calandra also stresses his team has plenty of experience.

“The day after the election, we can hit the ground running, meet with our partners and start getting the job done,” he says, noting his eight years as a staffer at Queen’s Park and years as an MP have allowed him to develop a depth of knowledge and important relationships that he can tap into immediately.

In Markham-Unionville, another school trustee, Billy Pang, a Doug Ford supporter in the recent PC leadership race, will look to turn the riding blue while long-time Markham Ward 7 Councillor Logan Kanapathi has been out on the streets, knocking on doors for months in Markham-Thornhill.

The NDP have Scarborough-based Kingsley Kwok as their candidate in Markham-Stouffville, Sylvie David in Markham-Unionville and Cindy Hackelberg in Markham-Thornhill.

The Greens are represented by Markham resident and York professor Jose Etcheverry in Markham-Stouffville, Deborah Moolman in Markham-Unionville and Caryn Bergmann in Markham-Thornhill.

Main photo: Paul Calandra makes his case at a recent provincial election debate before a friendly audience that did not seem to have much love for the Liberal point of view. About 150 people showed up for the main debate of the election.