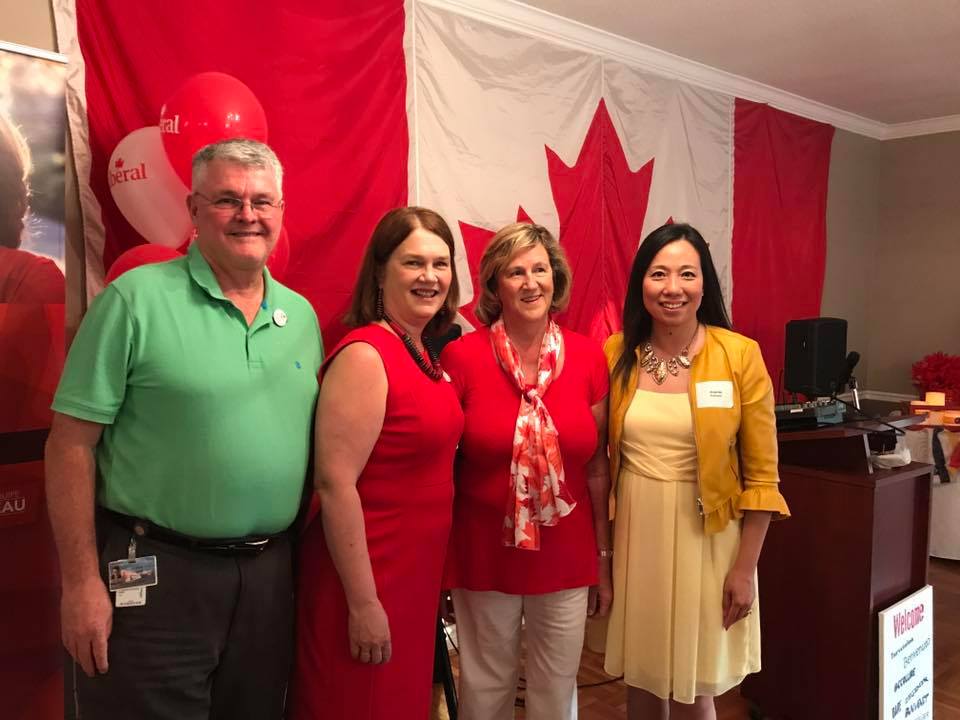 Whether you adore or despise the actions of Ontario Liberal Premier Kathleen Wynne, the 42nd Ontario general election needs to occur on or before June 7, 2018. Although many candidates have been chosen locally across Ontario, who’s going to be on the ballot in the riding of Markham-Unionville remains a mystery.

The Premier does have the option of calling the election early and some pundits are not ruling out a province-wide election this fall.

For that reason, the major political parties have already selected candidates in many electoral districts across Ontario.  However, both the Ontario Liberal Party and the Ontario Progressive Conservative Party still have the riding of Markham-Unionville under a microscope.  The Liberals recently chose a candidate, while the PC’s haven’t established a date for a nomination meeting by which a candidate must be chosen by the local riding membership. However, a select few potential candidates are wringing their hands in preparation.

The riding has been represented by a Liberal MPP each year since the current boundaries took effect in 2007.

However, new boundaries – sometimes called redistribution – for some provincial ridings were approved after the last election. The outcome will increase the number of MPPs from 107 to 122.

MPP Michael Chan found the new riding of Markham-Thornhill to be more attractive and packed his bags to the candidate there. This suggests Markham-Unionville’s new boundaries are a concern to him compared to his new riding.  Following a nomination contest to choose a candidate in his absence, the local Ontario Liberal Party members had some high-profile choices including Markham councillor Amanda Yeung Collucci and Sophia Sun who is president of the Canada China Investment Association and was a candidate in the last municipal election. Collucci won the nomination race and hopes to be just as successful in her bid to be the next Markham-Unionville MPP.

For the Progressive Conservatives, there is an expansive list of individuals lurking with desire to be the PC candidate, including current Regional Councillor Joe Li. Li has expressed his candidacy interest to party leader Patrick Brown. However, he has suggested that he won’t consider the nomination if it’s held this fall.

“Although being an MPP is appealing,” said Li.  “I’m focused right now on the upcoming municipal election.”

Not waiting for Li is Andrew Keyes, a local resident and business owner with broad political campaign experience. Keen as well is first-time York Region District School Board councillor Billy Pang, also an online pastor. Others are oil industry executive Kai Tao, Serini Suppiramaniam, who is president of Kalaapam Tamil Television, and Charles Jiang an engineer who wants to be the Chinese voice at Queen’s Park.

“Our members across Ontario have already chosen over 80 enthusiastic candidates and we’re thrilled there are many more who want to be nominated,” said Ontario PC Party president Rick Dykstra. “And we look forward to having a multi-talented candidate in Markham-Unionville.”

Not to be forgotten, the Ontario NDP and The Ontario Green Party are planning their nominations but with details still being defined.

With election season around the corner, the public will soon be showered with reasons to vote for one candidate and not the other. Political ads have already begun and aren’t subject to spending plateaus which exist once the election has been called.