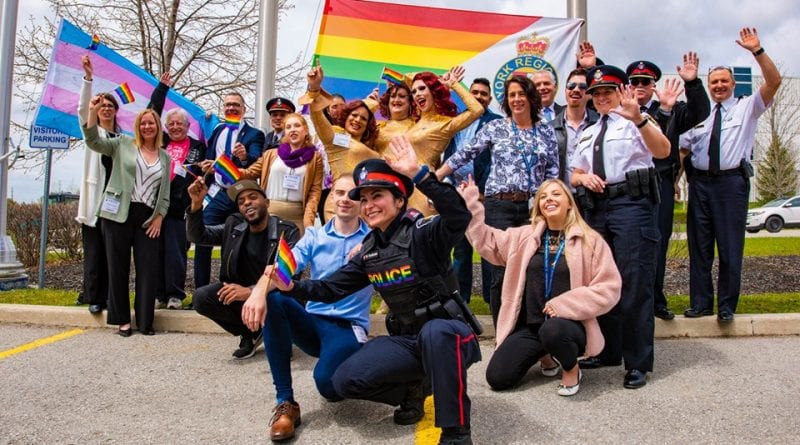 The pride flag is flying proudly at York Regional Police (YRP) headquarters in Aurora to mark the 50th anniversary of the decriminalization of homosexuality in Canada.

“YRP is committed to supporting the 2SLGBTQ+ community both internally among our members, as well as externally with our citizens,” it says. “We are grateful to be honouring this significant milestone in Canadian history with our partners at York Pride.

In 2014, YRP formed the Pride Internal Support Network (ISN) which has grown to become a resource for not only members but the community. The ISN is comprised of both sworn and civilian members of the 2SLGBTQ+ community, as well as friends, family members and allies.