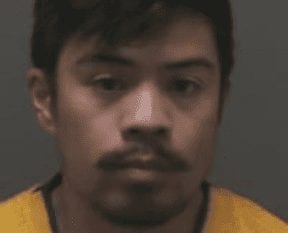 York Regional Police have issued an arrest warrant for a Toronto man wanted in connection with an ongoing drug and firearms trafficking investigation in which methamphetamine, cocaine and prescription medication like oxycodone have been seized.

“It began as a smaller-scale drug investigation but later developed into larger scale,” Det. Const. Dexter Jarad says in a video about the Project Villa investigation, available for viewing at https://youtu.be/89LQlmnz9G0.

A dozen people identified as suppliers have already been arrested and 75 charges laid as part of the investigation, which police launched in January after learning about a suspect believed to be trafficking methamphetamine in the Greater Toronto Area.

Between March and May, police executed search warrants at various residences and businesses around the GTA, including Brampton, Mississauga and Toronto, and seized more than five kilograms of methamphetamine, two kilograms of cocaine, 20 pounds of cannabis, 400 grams of ketamine and 460 grams of MDMA (commonly known as ‘ecstasy’ or ‘molly’).

Police also seized prescription medication, including oxycodone, fentanyl, Xanax and Percocet, as well as large amounts of cash, ammunition and two vehicles, one of which was equipped with a hydraulic trap.

“Trap doors are usually used by suppliers and traffickers to conceal drugs from both the police and from rival drug traffickers,” Jarad says.

Shaun Villaneuva, 34, of Toronto, is wanted for 23 charges that include trafficking methamphetamine, cocaine and firearms.

“We allege that Mr. Villaneuva was a significant trafficker in this operation,” says Insp. Ryan Hogan, the officer in charge of the Organized Crime Enforcement Bureau.

Policed advise the suspect should not be approached. If seen, members of the public are urged to call 9-1-1. Police are also appealing to the suspect to hire counsel and turn himself in. Anyone helping the suspect evade arrest may be charged with a criminal offence, investigators warn. Anyone with information should contact the Guns, Gangs and Drug Enforcement Unit at 1-866-876-5423, ext. 7817 or call Crime Stoppers at 1-800-222-tips.