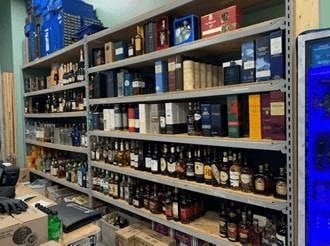 Three men face charges after police shut down an illegal Markham store where alcohol and cannabis products were being sold.

Police executed a search warrant at the commercial unit on January 30 and found more than $100,000 worth of alcohol in a storefront, as well as alcohol stored in moving trucks. Investigators believe the alcohol was being purchased in Quebec and transported to Markham for sale.