York Regional Police have released security footage of a man wanted in an assault and robbery in Vaughan that left a 28-year-old Richmond Hill man with serious injuries that required medical attention.

Officers were called to Vaughan Mills Mall on June 5 at about 10:20 a.m. for a report of an assault. The victim said he was in the washroom at about 10 a.m. when he was physically attacked by an unknown male who took his wallet and fled the scene.

The suspect is described as black, 25 to 30 years old, six feet two inches tall and 170 pounds. He was wearing blue jeans, a black hooded sweatshirt and a LA Kings toque. The suspect vehicle is a 2005 Black Dodge Caravan with dark tinted windows, a roof rack and license plate covers. A video of the suspect is available on YouTube. 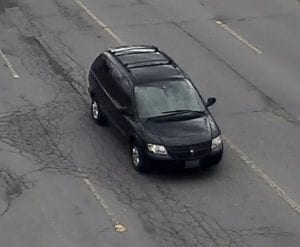