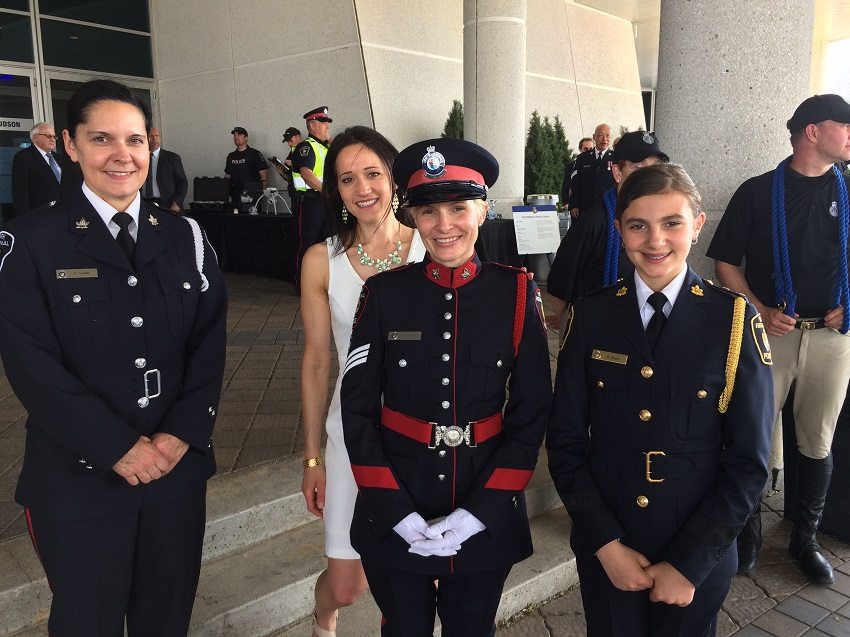 Police Appreciation Night honours the brave men and women who work daily at keeping our communities safe and secure. Highlights of the evening include Excellence in Policing Awards, a speech from the Grade 5 Chief-for-a-Day contest winner and displays of police equipment.

Since its inception, the event has raised more than $2.5 million to help fund police programs and equipment, including the police helicopter Air2, a marine vessel, the York Regional Police Memorial Wall, police service dogs and youth summer camps at the Community Safety Village.

The Police Appreciation Night Dinner began 24 years ago when five local businessmen approached the Chief with the idea of an annual fundraising event which would also showcase York Regional Police and its members.

More than $2.5 million has been raised over the past 24 years, thanks to the generosity of the many sponsors and attendees.

This year, the Chief-for-a-Day contest was open to all Grade 5 students from the York Region District School Board. The students were asked to prepare an essay on a topic related to policing. This year’s topic is: If you had an opportunity to be the Chief for a Day, what would you do to lead York Regional Police in making a difference in our community?

Bianca Basso wrote the winning essay and was named Chief-for-a-Day. She was outfitted with a specially-made uniform, given a tour of police facilities and units across the region and presents her winning essay to the more than one thousand guests at the dinner.

The annual dinner also highlights the good work being done each and every day by members of York Regional Police. Awards include the Police Officer of the Year, in the following categories: Garrett Styles Bravery in the Line of Duty, Rob Plunkett Outstanding Service to the Community, Excellence in Policing. Also presented annually are the Herbert H. Carnegie Award and the Leo McArthur Civilian Recognition.