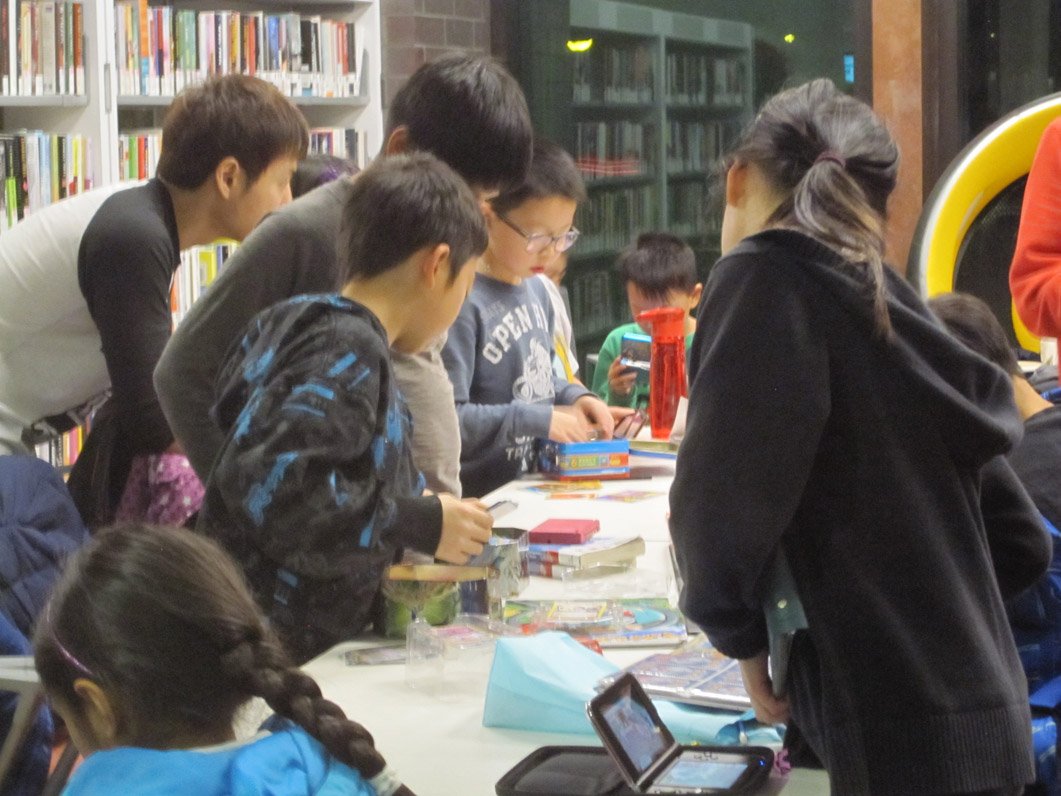 Pokemon players have found a home at the Milliken Mills branch of the Markham Public Library. Each month, dozens of fans drop in for a chance to partake in the popular Pokemon League.

Pokemon’s initial surge of popularity came in the late 1990s, when the anime television program of the same name went on air. New life was breathed into the franchise two years ago with the release of Pokemon Go, the first mobile app dedicated to the, now, 807 species of pocket monsters.

Having a regular league at Milliken Mills was the brainchild of branch librarian Frieda Meyer, who imported the idea after seeing the sizable interest in a few isolated Pokemon events at the neighbouring Cornell branch. Yet another spike in the brand’s interest drove more participants to the free drop-in sessions over the summer. Now in its third year, the Pokemon League has become a favourite not just for families, but also for Meyer herself.

“It’s the best part of my job,” she said. “There’s a commitment to it in the community. It’s just very well received.”

Pokemon League is run by a community volunteer on the second Monday of most months, with the next three scheduled for Aug. 13, Sept. 10 and Nov. 12 from 6:30 to 8pm. The program coordinator has dug deep into the official rules of the game to give even the most ardent Pokemon fans a leg up on their competition.

“She is actually trained in playing the game,” said Meyer. “There’s a lot of guidelines and expectations. You can play it as a simple trading card game, but she actually gets into the strategies and teaches the kids how to play the game more strategically.”

The popularity of the game transcends culture and age, with kids as young as six and as old as 13 or 14 coming out for the monthly sessions. Some of them swap cards. Others enter into battle. Some of them play on their apps or handheld gaming devices, but with one another instead of at home alone.

“It’s a mixture of the old ‘tech’—with the cards—and some of the recent developments, like the app and handheld game systems,” Meyer said, adding, contrary to what many may think, there is a constructive component to it beyond the recreational value.

“It is a form of literacy and numeracy,” she said. “So it’s an opportunity to have an educational experience in a more relaxed and fun environment. And it also helps with their social skills as well. A lot of these kids are kids that might be a little bit more shy, so it gives them an opportunity to come with their families or with their friends and have an element of socialization. So I would say it is educational, but with a fun spin.”

Most players bring their own cards, but the library has some available for those who don’t have any.

The popularity has brought families from not only across Markham but even across York Region.

“We have the regulars who have stuck with it for the last three years and we have the newbies who’ve come in who are excited to learn about it,” said Meyer.