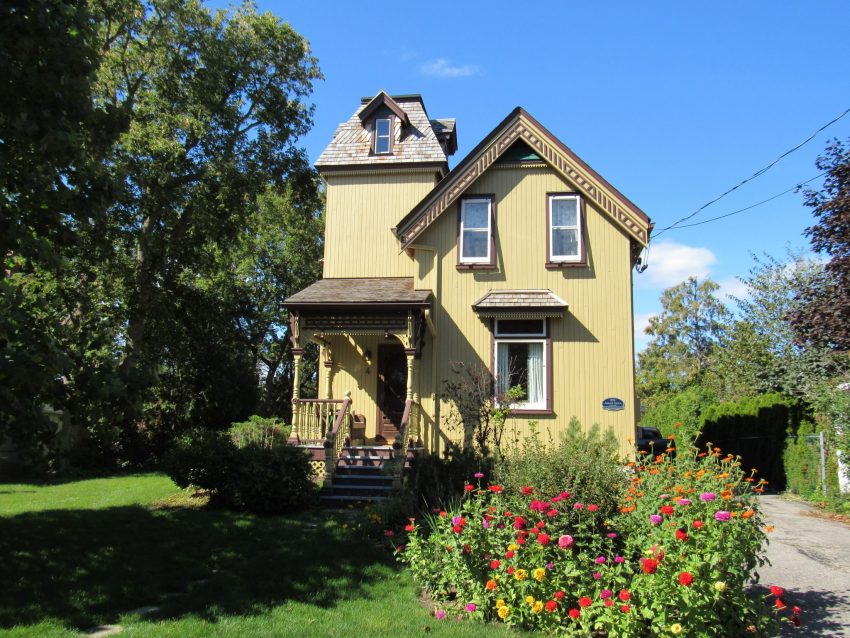 One of Markham’s most historic streets is found in the north part of old Markham Village, in a neighbourhood known as Mount Joy. At one time, Mount Joy was a separate village, with its own post office and local administration. Peter Street, one street west of Main Street, was created in 1891.

Mount Joy’s story begins with the Ramer family, Pennsylvania German Mennonites that came to Markham Township in the early 1800s. The Ramers, among many other Pennsylvania-German families, left their homes in search of fertile farmland, as much of the land in their communities had long been settled, leaving little opportunity for young generations of farmers to establish new farms of their own. Upper Canada offered good land for agriculture at a much lower cost than properties in the United States.

Mount Joy was named after the Ramer family’s home in Lancaster County, Pennsylvania. The name was formalized in 1892 when a post office was established in the Urmy general store, which still stands at the north west corner of Main Street and Springdale Avenue. Members of the Ramer family were major local land owners, with farms on the east and west sides of Main Street. A number of the Ramers were also entrepreneurs, operating a furniture factory, sawmill, and cider mill.

Jonas Ramer farmed a property on the west side of Main Street that he had purchased from his father, Peter Ramer, in 1879. The original farmhouse for the property, located at the end of Springdale Avenue, is a two-storey stucco dwelling that today contains three residences. Its simple architecture is classic Pennsylvania German.

Jonas Ramer saw the potential for growth in the area, likely due in large part to the nearby railway station that was a hub of commercial and industrial activity. In 1884, he subdivided the frontage of his farm into building lots, and after that proved successful, planned a further subdivision to create more “suburban lots” behind those. Peter Street was named for his father.

Peter Street developed in the 1890s with frame and brick houses reflecting common architectural styles of the time. Gothic Revival, Queen Anne Revival, and Ontario Classic were the most popular. The new houses were constructed by local carpenters and builders, perhaps making use of pattern books to provide the basic framework for the designs, then adding decorative flourishes that appealed to their taste, or the desires of their clients.

As the years passed, the late Victorian character of Peter Street began to change as new houses were constructed on empty lots and many of the old houses were altered by different owners. Many houses that were originally decked out in ornate “gingerbread” were simplified by the removal of decorative features that began to look old fashioned as the 20th century progressed. Frame houses were covered in insul-brick, and later aluminum and vinyl to make them easier to maintain by eliminating the need for painting.

In more recent times, a growing appreciation for vintage homes, supported by the establishment of a heritage conservation district, has resulted in the clock being turned back on many of the historic properties of Peter Street. One by one, new owners are restoring and improving older homes with additions and the re-creation of vanished architectural details. Archival photographs gathered by local historians have provided valuable information to allow for some very accurate restoration work to take place.

Peter Street is transforming into one of Markham’s most restored historic streetscapes as the restoration work continues. For people who admire the highly-decorated architecture of the late Victorian period, it is a street well worth a visit.

Photo: This c.1895 house at the south end of Peter Street underwent an extensive exterior restoration in 2015, when vanished features such as the tower roof and bargeboards were restored. Abram Sider, a carpenter, was the original builder and owner.