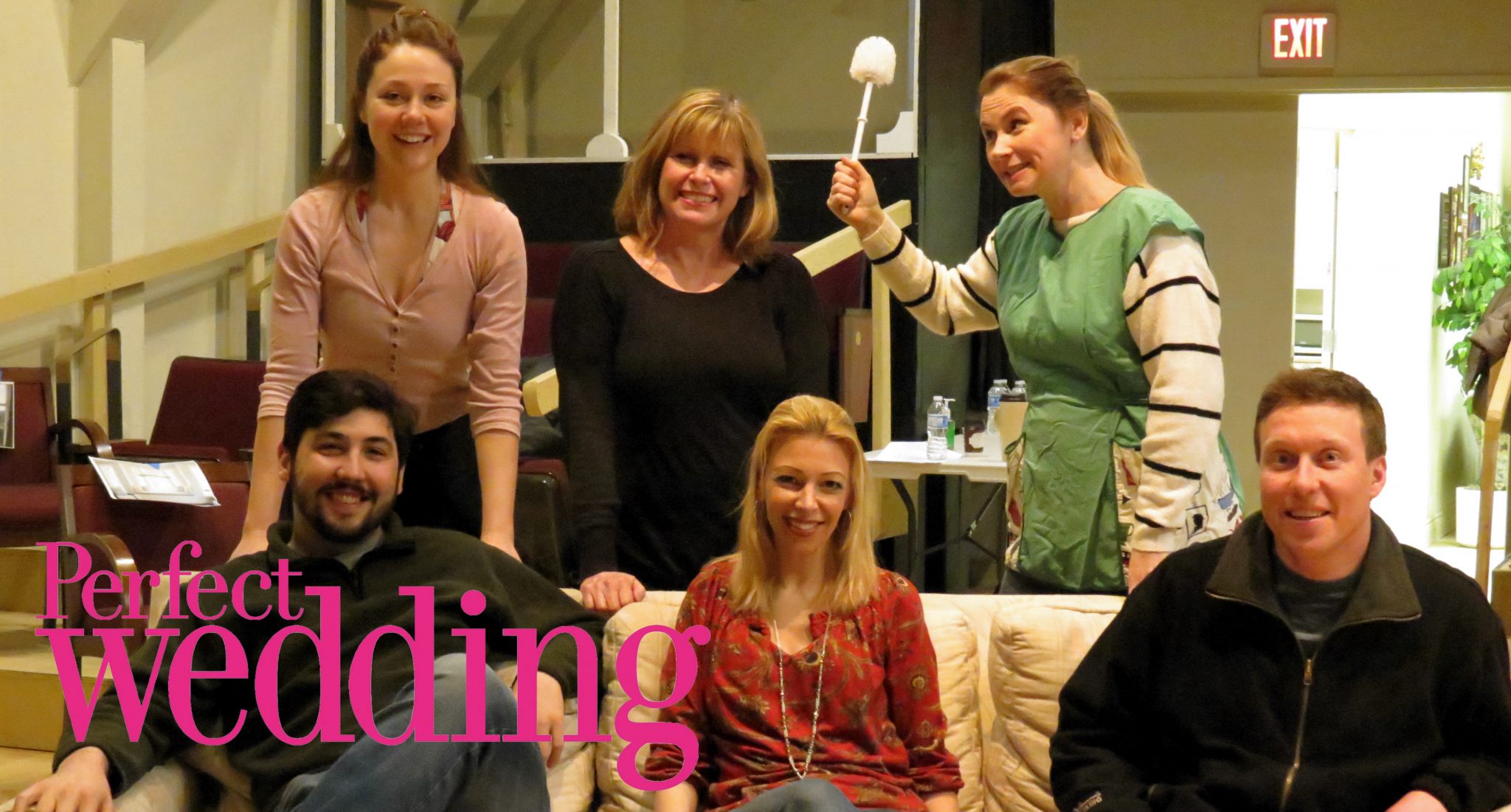 There are few things that bring a clearer picture to mind than the idea of a ‘perfect’ wedding. While we all might have different details in mind, the concept certainly rings true for most. Of course, since perfect is an impossible standard, the idea of things going wrong at a wedding is nearly as universal as perfection.

Markham Little Theatre (MLT) presents the bedroom farce, Perfect Wedding by Robin Howden, to the FLATO Markham Theatre. The show takes the notion of a wedding disaster to the next level.

The story begins on the morning of Bill’s wedding day. The only small problem is, he woke up with a killer hangover and a beautiful, unknown woman in his bed. He has no memory of her, but he has to get rid of her before the bridal party shows up. The only way out of the dilemma is to either persuade the best man to pretend that she is his girlfriend or hide her in the bathroom. Somehow, they choose both.

What follows is confusion, switching of identities, irrational existential dread, running in and out of doors and plenty of humour.

“What I love about the play is that, from the opening moment, the audience is going to wonder ‘How the hell is this guy going to get out of this’,” says show director Michael McFarland. “The goal is to have the audience spent from laughter at the end.”

As subject matter goes, few things are as rich as weddings and marriage. There have been many movies in the past few years that have made laughs out of this “special day”.

“Weddings are the stuff of dreams,” says McFarland. “Add the reality shows where there is a constant question of who will end up with whom and one has the material for a very funny play.”

The world agrees. The show has been produced in New York City, London, all over the U.S. and Canada, even in far away countries like the Czech Republic and Russia.

The local production features MLT favourites Hayley Ferguson, Nicky Marsh, Marlene Foran and Tristan Stansfield, who have all wowed audiences with the company in the recent past. New is Robert Magee, who takes on the role of Bill, using the experience gained by performing on stages in Toronto and Aurora. Even the company’s youngest member, Breanna Maloney, as Rachel the Bride, is no stranger to the Markham stage, having performed as a youngster with the Unionville Theatre Company before going off to school for training as an actor.

“Each actor is special,” said McFarland. “Collectively, they have one goal, to put on the best two hours of theatre possible. When audiences leave Perfect Wedding, it is our hope they will be laughing about it all the way home.”