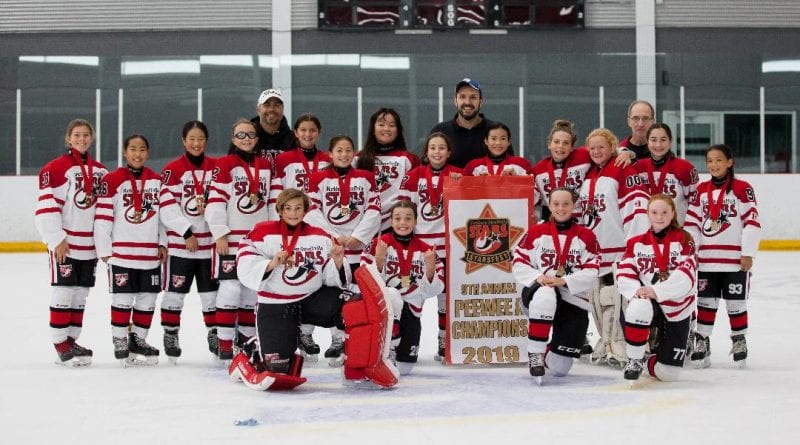 It was their house, and they weren’t going to let anyone else walk away with the title.

The Peewee ‘A’ Markham-Stouffville Stars, playing in their host weekend tournament this fall, were undefeated en route to winning their division’s championship at StarsFest.

They opened things off by edging the Toronto Leaside Wildcats 1-0 on the Friday morning before tying the Wilmot Wolverines 2-2 in the afternoon.

Markham-Stouffville clinched the top spot in their pool by shutting out the Sudbury Wolves 2-0 bright and early on the Saturday morning.

That meant the Stars faced the bottom seed from Pool B, and comfortably handled the other Wildcats outfit 6-0 to advance to Sunday’s semifinal.

After dispatching the Barrie Sharks at Angus Glen in the morning, Markham-Stouffville moved on to the finals to face the North Bay Ice Boltz, a squad that had won every game to that point and had scored 22 goals in those five victories.

The Stars would play a great game and shut North Bay down in the championship, pulling off a 2-1 win and earning the gold medal.

Photo courtesy of the SMGHA – The Peewee ‘A’ Markham-Stouffville Stars pose with their medals after winning at StarsFest.