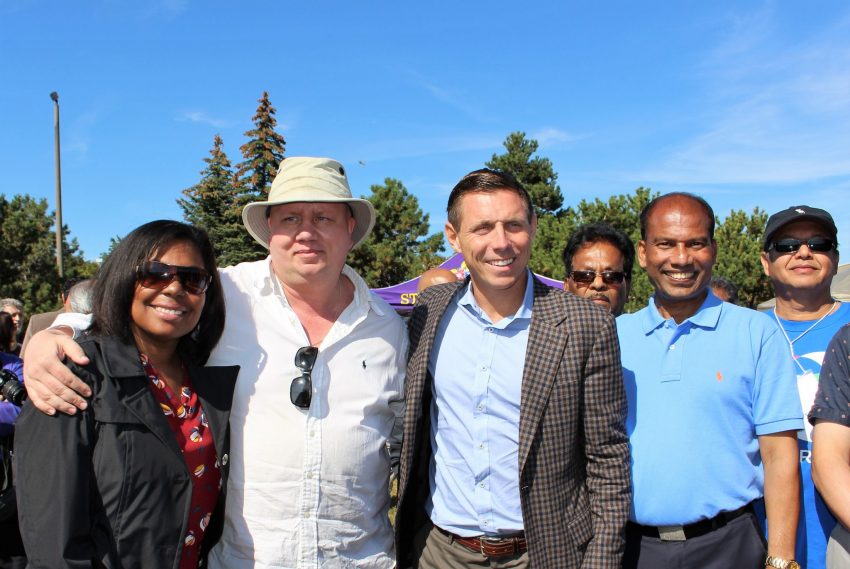 Markham Ward 7 Councillor Logan Kanapathi hosted a barbecue in October that attracted some 350 community members. The meet and greet event also gave attendees a chance to hear PC Leader Patrick Brown, who came to show his support for Kanapathi’s candidacy for the Markham-Thornhill provincial parliament seat.

Kanapathi, currently serving his third term as city councillor, is the current Budget Chair at the City of Markham, and a proponent of the zero per cent property tax increase.

He also zealously advocated to bring the new Aaniin Community Centre to South-East Markham – which will have its opening later this year. There was a strong showing from the Tamil community, whom Brown spoke to in his address, discussing the genocide during the Sri Lankan civil war.

He also touched on other issues, including the provincial debt – which he suggests is higher than any other province or state in the world.

However, it wasn’t all politics for the PC Leader. “I know today is not a day for political speeches. It’s to gather with the community to enjoy some food,” he said. Yet, he tossed in a political joke for good measure. “We say, when it rains it’s the federal government’s fault; when it’s sunny it’s thanks to Logan.”

He ended things on a more optimistic note about the community in Markham. “It’s so nice to come into a beautiful park like this and see so many Ontario PC T-shirts and hats. There’s something in the air happening in Markham and I like it,” said Brown.