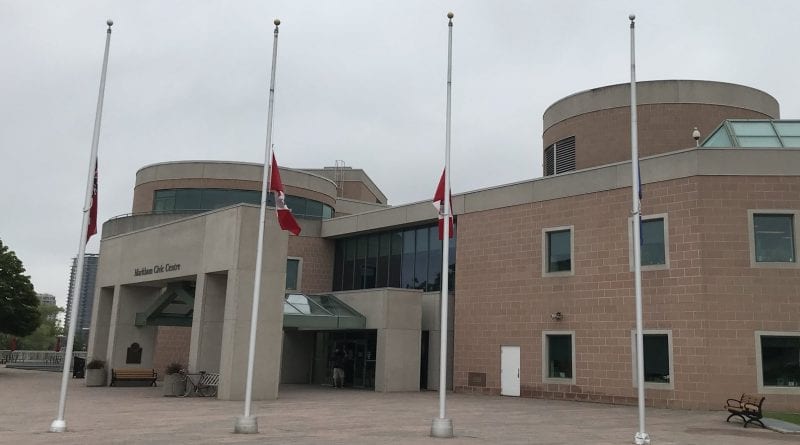 “It was with great sadness that we announce the passing of George McKelvey, who served as Ward 4 Councillor for 12 years, from 1994-2006,” Markham Mayor Frank Scarpitti said. “On behalf of everyone at the City of Markham, we offer our deepest condolences to his wife Dorothy, his family, friends and colleagues.”

McKelvey was a dedicated public servant and community leader who made a difference in the lives of many and was well respected among his colleagues on Markham Council.

He was a strong supporter of Markham’s initiative honouring our veterans by placing poppies on street signs recognizing our Canadian heroes.

He continued to inspire others as the Principal at James Robinson Public School. He was also an active member of the Markham Lions Club.

“We thank him for contributing to Markham’s growth and success and we appreciate his contributions on Markham Council,” Scarpitti said. “He had a deep appreciation for everyone he worked with at the City of Markham and enjoyed his time collaborating with them on various issues. He will be missed.”

Flags will be lowered at City of Markham facilities in his memory.