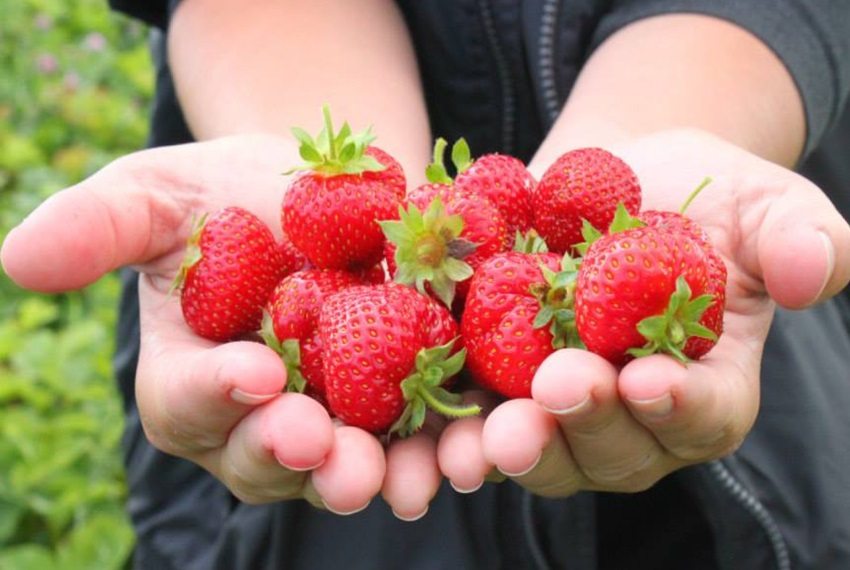 Crops roll across gentle hills that disappear into the countryside and there is a small market set up by the side of the road. The farm situated at the corner of Reesor Rd. and Nineteenth Ave. is quite picturesque, similar to many others.

What sets this farm apart from many others, is its dedication to health benefits and the environment rather than profits. It is certified 100 per cent organic.

“After growing fruit conventionally for decades, we decided to make the transition to organic back in 2001,” says farm owner Annice Passafiume.

This is not as simple a process as it sounds. Changing the Passafiume family’s five acres into a proper organic farm took six years. In order for a farm to be certified organic its soil must be free of pesticides and inorganic fertilizers for three years. This required growing a “green manure” crop of alfalfa and timothy hay for five years and plowing it under in order to purify the soil and provide nourishment for the fruit crops to follow.

The Passafiume family’s Organics Farm has been growing crops completely free of pesticides and unnatural fertilizers since 2007. Of course, this type of farming takes a lot of work and controlling weeds by hand remains a constant challenge for this family of five. Now, a decade later, the farm has grown into an important stop for area supporters of local, healthy, food and sustainable living.

A visit to the farm can include, depending on the season, strawberry picking, pre-picked raspberries, wood fired artisan bread, organic vegetables and meats as well as sweet treats like butter tarts and honey.

Its dedication to organic sustainability is leading to other ventures for the farm as well.

Since 2006, beekeepers across North America and Europe have noticed that honeybee populations have been dying off at an increasingly alarming rate. In California, honey production had been cut in half six years later. These losses have spread too. Just this past winter, nearly a third of commercial honey bees died, an increase of 42 percent from the year before.

With all of these reports recently, Organics Farm has decided to do what it can to help those populations recover. It makes good sense for the farm to get involved too, their fields are currently protected by the inhabitants of man-made beehives strategically placed in their fields. In addition to pollinating, these bees carry a natural compound that kills off a poisonous fungus.

The Passafiume family reports that this system of using bees as fungicide has been incredibly successful for them over the past three years.

“Without our pollinators, we wouldn’t have out crops,” says Passafiume.

The farm now employs beekeepers to sustain their local population of bees and the farm has taken further steps to encourage the Monarch Butterfly habitat as well. This spring, they planted milkweed plants, the exclusive plant on which Monarch Butterflies lay eggs.

At ten years in, the Passafiume family still humbly claims that organic farming is a new venture and that they’re still perfecting it. A visit to their farm and shop certainly indicates otherwise.