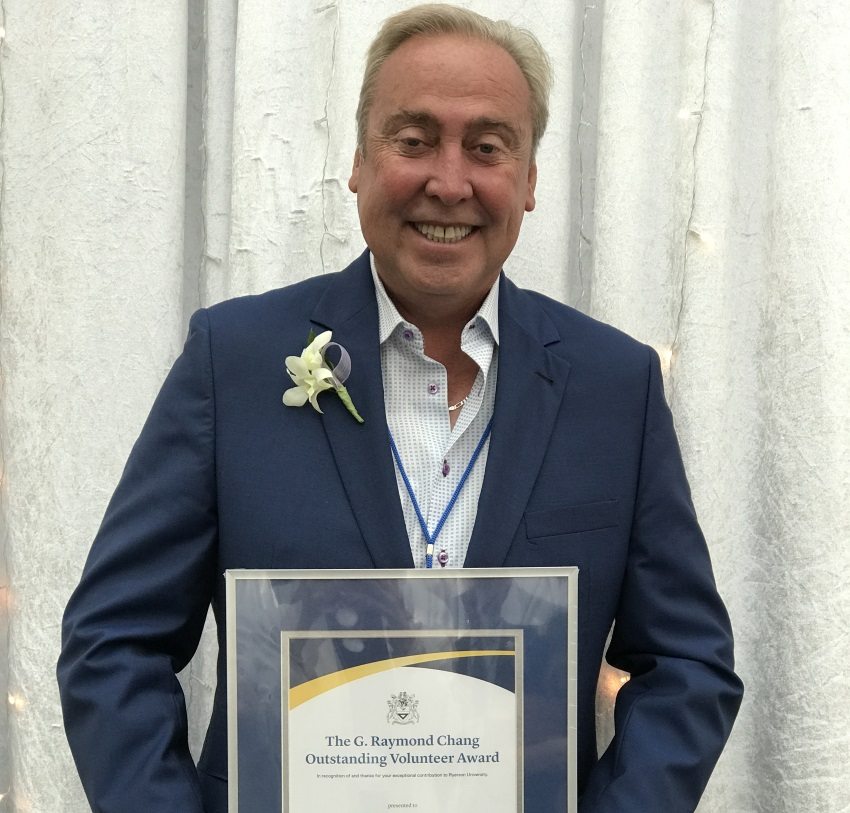 Patrick O’Hanlon, president Kylemore Communities, was a recent recipient of the G. Raymond Chang Outstanding Volunteer Award in recognition of his volunteer contributions to the Centre for Urban Research and Land Development (CUR). “Receiving this award is a real honour. The dedication of Professor David Amborski, Ryerson faculty and industry colleague including Frank Clayton, made it possible to establish this important centre for Research,” said O’Hanlon.

O’Hanlon’s successful nomination by his alma mater Ryerson University was just weeks after he gave the alumni speech, for a second consecutive year, to the graduating class of Urban Planning 2017.

The G. Raymond Chang Outstanding Volunteer Awards celebrate the exemplary generosity and contribution of alumni and friends to Ryerson University. The awards are named in honour of the late G. Raymond Chang, an Officer of the Order of Canada and former chancellor of Ryerson University, for his deep belief in the importance of volunteering. The business leader and philanthropist participated in 95 convocations and awarded nearly 30,000 degrees and diplomas. It was one of his favourite things and expressed the way he embraced his role as “the students’ chancellor”.

Since opening in November 2013, the Centre for Urban Research and Land Development is an expert-led research Centre, dedicated to formulating policies and solutions to address the concerns confronting urban growth and change within the Greater Golden Horseshoe, as well as to educating students to take leadership roles in these pursuits. Its orientation is founded on uniting economics and market analysis within the context and understanding of social and environmental considerations.