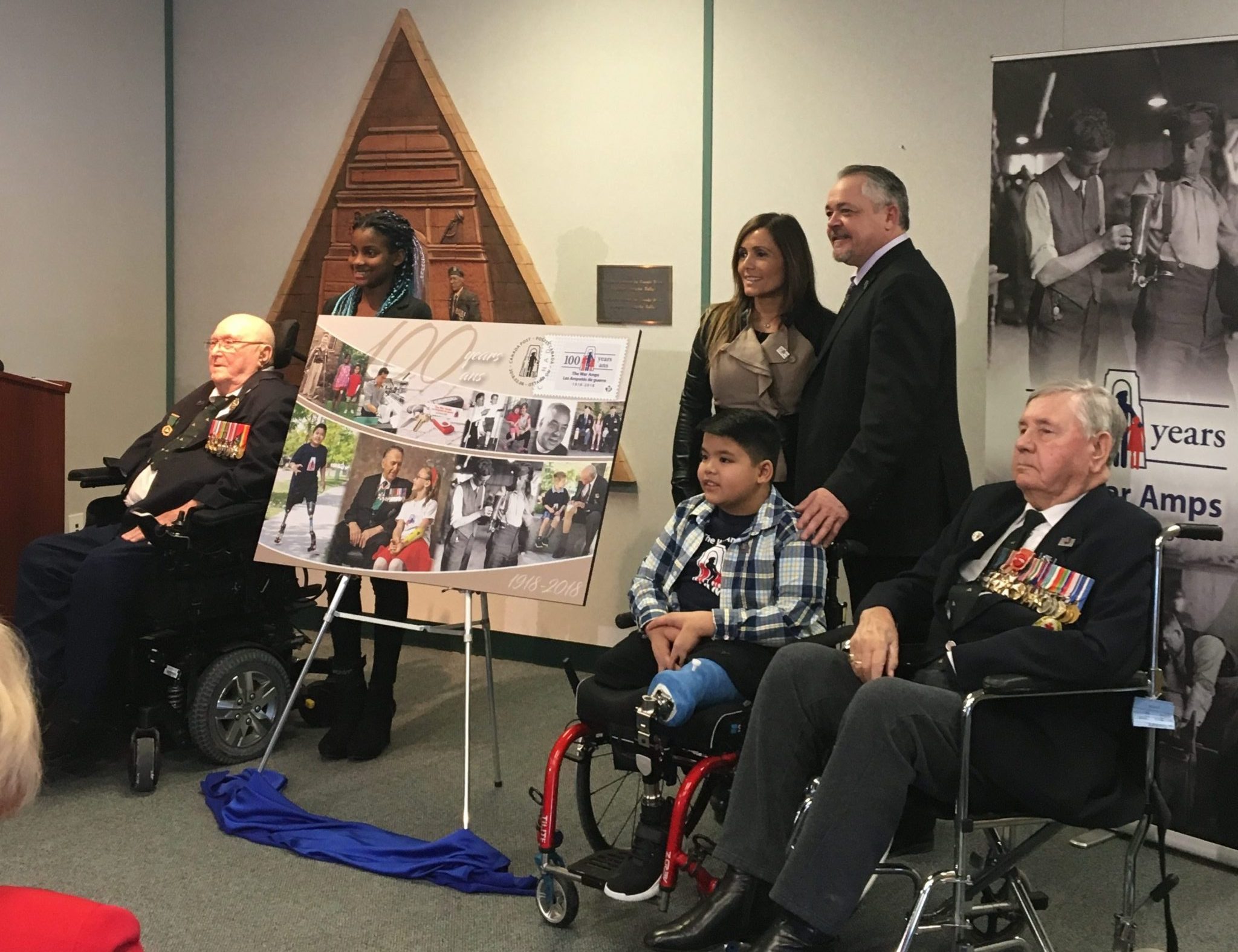 Jericho’s mother, Joy, said the War Amps has “given us so much” when looking back on the support they’ve received.

“Without the War Amps, I don’t know where we would be right now” she said. “I know (Jericho’s) going to go further than what I could imagine.”

As a member of the Child Amputee Program, also known as the Champ Program, Jericho has received financial assistance for the artificial limbs he’s been using for walking and running. He was born a multiple amputee and has three sets of prosthetic legs and a wheelchair to allow him to participate in recreational activities.

“Jericho’s determination and zest for life is an inspiration to all,” said Danita Chisholm, Champ Program executive director.

The program is an extension of the War Amps and empowers children with missing limbs to go beyond their limits. Through support groups, financial aid and local awareness seminars, amputees are given opportunities to grow and live a resilient childhood.

The War Amps was founded in 1918 by Second World War amputee veterans. The initial purpose of the association was to help injured veterans understand their new disabilities and to spread awareness about the severity of the injuries. Today, the War Amps has gone beyond that and provides support for child amputees across Canada.

For details on the War Amps and how to contribute to the organization, visit www.waramps.ca.