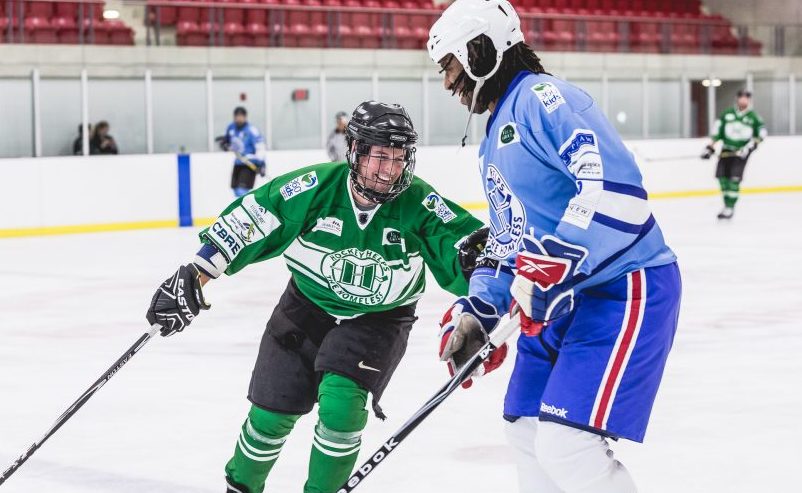 When the puck drops to start a hockey game, adrenaline increases, hearts beat faster, and emotions escalate.  And that’s just from fans watching from their living room or in the stands.  Few have the opportunity to experience hockey on the ice with NHL professionals.  Strategizing together on the bench, the intense rush going into an opponent’s zone, the high of scoring one for the team.  On November 17 in Markham, that will change.

Together with hockey enthusiasts and NHL alumni, Hockey Helps the Homeless will hold an extraordinary tournament for stick-handling adult amateurs, both male and female.  This is an all-day fantasy hockey tournament where men and women get a chance to play with hockey greats and raise funds to address the needs of the estimated 250,000 people who experience homelessness in Canada each year.  The November 17 tournament will benefit York Region’s own 360ºkids.

360ºkids serves over 1,300 families, and over 2,800 youth, each year and this number is growing.  Their mission is to help isolated and vulnerable children, youth and families in our community, overcome adversity and crisis and move to a state of safety, stability, and well-being.

The York Region tournament will take place at the Angus Glen Community Centre, as well as the National Training Rinks (NTR) in Richmond Hill.  A five-on-five tournament will happen at the Angus Glen CC where teams are guaranteed at least three games.  Two former NHL pros will be on each men’s team, while a former Olympic medalist or current CWHL player will participate on each women’s team.  The genders will compete separately before reuniting for a celebration dinner and silent auction that evening at the Angus Glen Golf Club.

New this year, Hockey Helps the Homeless will hold a three-on-three tournament simultaneously at NTR.  Teams will consist of nine players and one pro.  Five twenty-two minutes games will be fast-paced.  This will certainly appeal to the more competitive players.

The annual tournament benefits 360ºkids significant. “Our goal is to give away between $150,000-$200,000 from the York Region tournament,” said Ryan Baillie, Executive Director of Hockey Helps the Homeless.

A registered charity for over twenty years, Hockey Helps the Homeless has raised over $9 million for homeless initiatives.  In addition to the York Region Tournament, multiple tournaments are held throughout the year across the country, as far west as Vancouver and as far east as Halifax – which will be held next year for the first time.

“The organization is continuing to grow.  The Halifax tournament in November 2018 will assist homeless veterans through Vets Canada,” added Baillie.  Another exciting event in Ontario will be announced in the near future.

Whether you’re signing up a team or as an individual free agent, participants are expected to raise at least $500 for the cause.  There are great sponsorship packages available.  This is also a popular event for volunteers and more are always welcomed.  Details can be found at https://www.hockeyhelpsthehomeless.com/