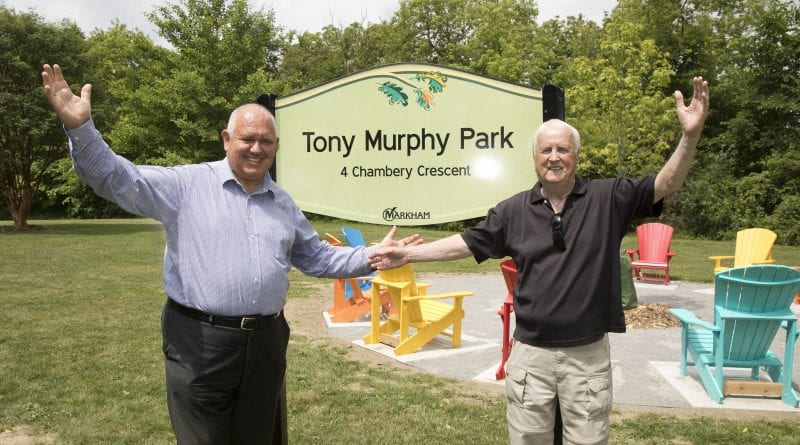 A new park located in the heart of Unionville honours a lifelong community resident and active volunteer.

The City of Markham officially opened Tony Murphy Park with a ceremony on July 6. Murphy is the recipient of the Queen’s Jubilee Medal for volunteerism and the Mayor’s Seniors’ Hall of Fame Award.

An honourary member of the Canadian Legion, the 82-year-old is also the founder and 20-year director of the annual Seniors’ Extravanganza.

“Tony has brought so much joy to many through his immense charitable contributions and outstanding community involvement,” Markham Mayor Frank Scarpitti says. “His countless accomplishments include various honourary lifetime achievement awards, not to mention his hard work as the producer of the Seniors’ Extravaganza for the past 20 years.

“Tony’s determination is unwavering, his kindness is inspirational and we thank him for his leadership and for enriching the lives of many in our community.”