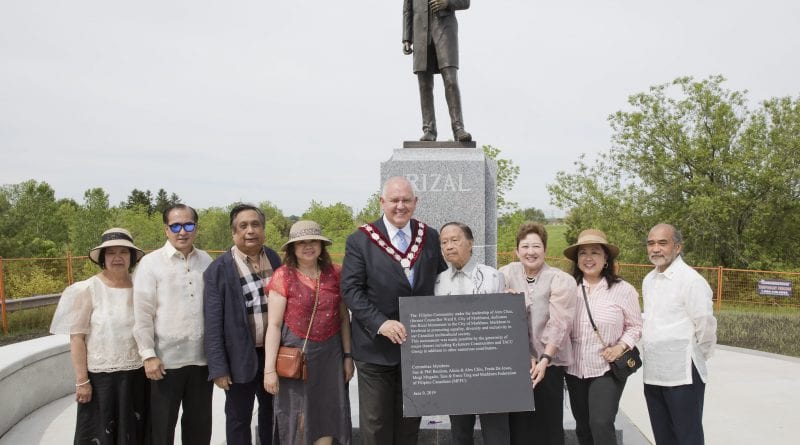 The City of Markham has expanded its public art collection with a monument that marks the anniversary of Philippine independence and recognizes the contributions of Markham residents of Filipino origin.

The Dr. José Rizal Monument was unveiled at Luneta Gardens on June 9, marking the country’s 121st anniversary of independence. Rizal called for peaceful reform of Spain’s colonial rule in the Philippines and became an icon for the nationalist movement following his 1896 execution. 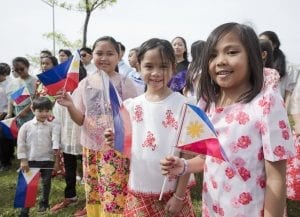 In addition to being a doctor, Rizal was also a teacher, farmer, author and poet.

“Dr. Rizal fought for freedom through his powerful words, he galvanized and inspired generations of people,” says Markham Mayor Frank Scarpitti. “This monument recognizes his many accomplishments and celebrates our diversity as one united and inclusive community.”

The six-foot-tall monument is installed on a seven-foot-tall granite pedestal and was donated to the city by the Filipino Canadian Community in Markham to celebrate Canada 150. The gift “will honour a man who spent his life advocating for ideas and principles that inspire generations of freedom fighters around the world,” says Mogi Mogado, Markham artist and creator of the monument.

Photo: Mayor Frank Scarpitti and members of council at the recent Philippines Independence Day celebration and the unveiling of the Dr. José Rizal monument. Photos courtesy of the City of Markham.