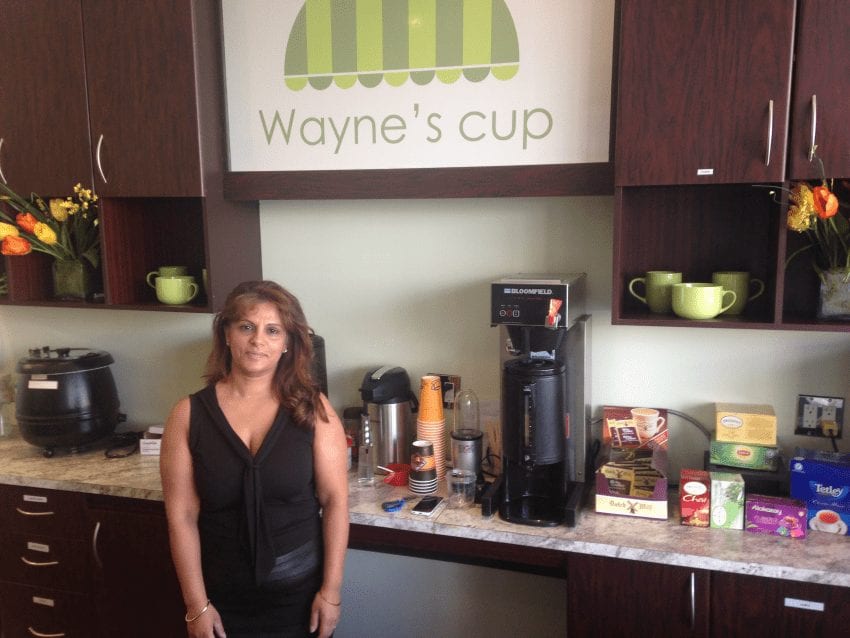 Shelley Daffu wanted for her son what any parent would want for their child, a promising future and that’s how Wayne’s Cup started; a training centre for adults with special needs.
Located at 9889 Highway 48 Unit 4, Wayne’s Cup, which opened in March, offers coffee and a place of acceptance.

“It’s not about the coffee but the hands that make it,” owner Shelly Daffu said.

Wayne’s Cup is a not-for-profit program with those with special needs ranging in age from 18 to 64.

Named after her son Wayne, 25, born with epilepsy and a developmentally delayed disability Daffu made it her quest in life to help those in similar situations.

“I left my job to focus on development, which included setting up a strict schedule with an emphasis on speech and understanding of language,” she commented. “With a great deal of repetition and perseverance Wayne has made tremendous strides in his development and we’re all so very proud of him. I hope to do the same with others.”

So she created a place for her son and others like him seeking a sense of purpose and belonging.

“What they need is interaction in a proper work environment, they are capable of a lot more than what people expect, once they are given the opportunity to excel,” added Daffu. “Community support is very important.”

Registration information for parents and guardians of special needs adults can be found at www.waynescup.com or can be done in store.

Photo: Shelley Daffu, owner of Wayne’s Cup, made it her quest in life to help those in similar situations to her adult son, Wayne, who has special needs.