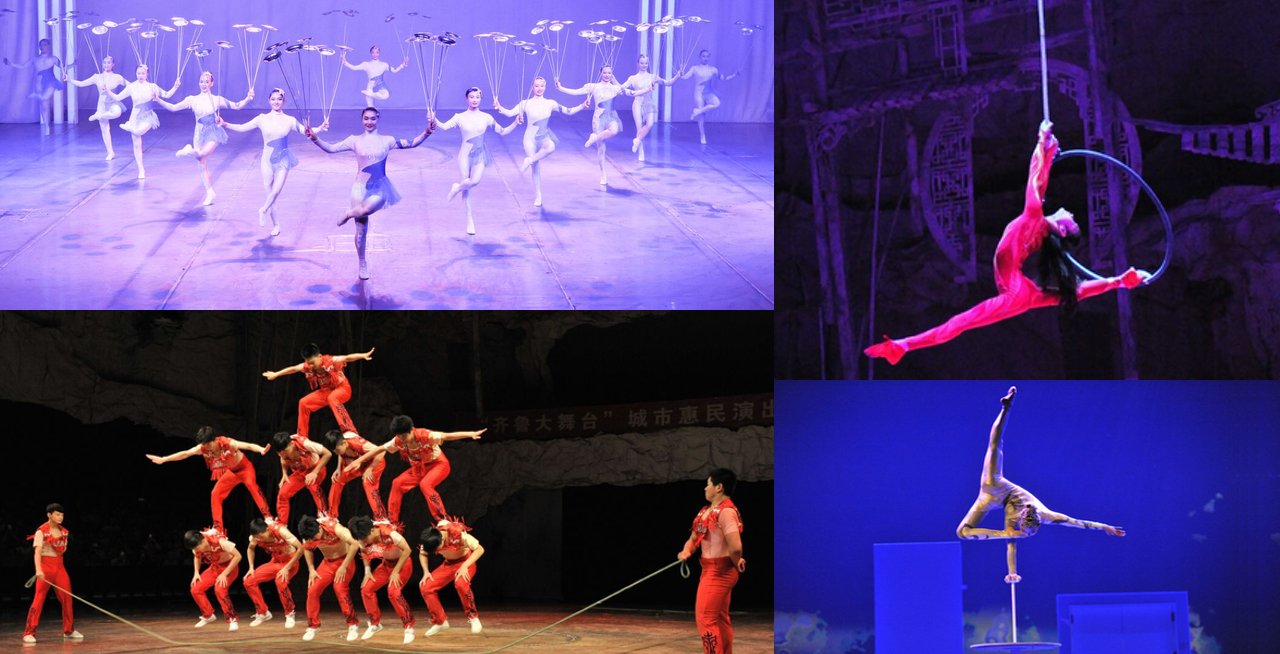 The New Chinese Acrobats promise audiences an evening of gravity-defying spectacle and mind-boggling acrobatics in November at the Flato Markham Theatre. With five shows in three days, including matinees on Friday and Saturday, the award-winning company intends to bring breathtaking acts to defy the odds, bedazzle and bewitch.

You know a company has to be amazing if it’s affiliated with Cirque Éloize, the Montreal-based company known for breathtaking performances. Positioned at the heart of the renewal of circus art, Cirque Éloize ranks among the world’s leading contemporary circuses. In collaboration with the innovative minds behind this venerable force and under the artistic direction of Jeannot Painchaud, President and Creative Director of Cirque Éloize, the New Chinese Acrobats create stirring performances of magic and emotion.

“When developing an act that pushes the boundaries of our thinking about movement and the art of narrative, creating movements that are yet to be precise, contradicting emotions arise,” says Jeannot Painchaud.

Mixing new techniques and acts with ancient traditions, The New Chinese Acrobats present an opportunity to view the best of China’s ancient folk art, mixed with the style and virtuosity of today’s generation. They integrate traditional theatrical elements like mime, dance and movement with jaw-dropping feats and seemingly impossible physical spectacle.

Throughout the show, the artistry of these performers is translated into energetic and eye-catching acrobatic feats. Acrobats jump through spinning hoop towers; an aerial duet is performed while hanging on fabric; a dozen men jump rope while forming a pyramid; Far Eastern and Western acrobatics are combined to the music of Michael Jackson; and dozens of plates will be spun simultaneously. The company’s performers also effortlessly perform feats of foot juggling, giant yo-yo spinning, handstand dancing, ball balancing, shoulder ballet, aerial silk spinning and much more.

The revered art form of Chinese acrobatics can be traced back thousands of years to the customs of ancient dramatic folk artists who used objects from daily life to entertain and engage their audiences. The New Chinese Acrobats have been winning awards with their work since 2007.

With two dozen performers, selected from across China for their high-level acrobatic skills and innovative staging, The New Chinese Acrobats represent the next step in the evolution of acrobatic companies from the Far East. Each individual brings a unique flavour to the smaller group performances but they blend seamlessly together for the ensembles.

“Our theatrical events are a wonderful family gathering, bringing our community together,” says Eric Lariviere, Flato Markham Theatre general manager. “This production is certainly a must see.”

Get ready for stunning feats of strength and flexibility from this amazing company, created in collaboration with Jeannot Painchaud of the world-famous Cirque Éloize. Representing the evolution of Chinese acrobats, this group mixes new techniques and ancient Chinese folk-art traditions for one awe-inspiring act after another. Extraordinary feats of strength and agility, balance and coordination combine with innovative staging, technical prowess and ancient traditional form. Breathtaking acts defy the odds, bedazzle and bewitch – earning accolades and prestigious awards from the Monte-Carlo Circus Festival and World Circus Festival of Paris among others. View the best of China’s ancient folk art, and the best of the best acrobatics.

You won’t want to miss the Canadian premiere of this production. The New Chinese Acrobats at The Flato Markham Theatre from Nov. 1-3. Visit www.markhamtheatre.ca for more information.