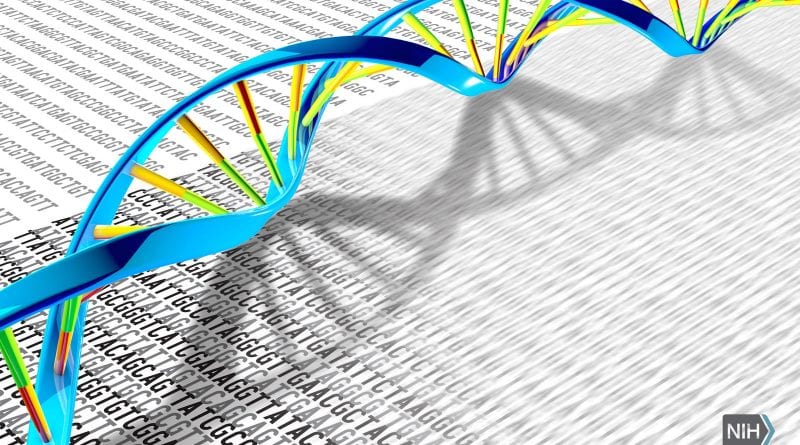 Change in just one letter of DNA code in a gene conserved through generations of evolution can cause multiple types of cancer.

An Ontario-led research group has discovered a novel cancer-driving mutation in the vast non-coding regions of the human cancer genome, also known as the “dark matter” of human cancer DNA.

The mutation, as described in two related studies published in Nature earlier this month, represents a new potential target for several types of cancer including brain, liver, and blood cancer. This target could be used to develop novel treatments for patients with these difficult-to-treat diseases.

“Non-coding DNA, which makes up 98% of the genome, is notoriously difficult to study and is often overlooked since it does not code for proteins,” says Dr. Lincoln Stein, co-lead of the studies and Head of Adaptive Oncology at the Ontario Institute for Cancer Research (OICR). “By carefully analyzing these regions, we have discovered a change in one letter of the DNA code that can drive multiple types of cancer. In turn, we’ve found a new cancer mechanism that we can target to tackle the disease.”

These molecular mechanisms represent new ways to treat cancers carrying the mutation. One of the potential treatment approaches includes repurposing existing drugs, which, by bypassing early drug development stages, could be brought into the clinic at an accelerated rate.

“Our unexpected discovery uncovered an entirely new way to target these cancers that are tremendously difficult to treat and have high mortality rates,” says  Dr. Michael Taylor, pediatric neurosurgeon, senior scientist in developmental and stem Cell biology and Garron Family Chair in Childhood Cancer Research at The Hospital for Sick Children (SickKids) and co-lead of the studies. “We’ve found that with one ‘typo’ in the DNA code, the resultant cancers have hundreds of mutant proteins that we might be able to target using currently available [treatments].”

The studies were powered in part by data from the OICR-led Pan-Cancer Analysis of Whole Genomes (PCAWG) project, one of the largest coordinated cancer research endeavors to date that analyzed more than 2,800 cancer whole genomes from the International Cancer Genome Consortium (ICGC).