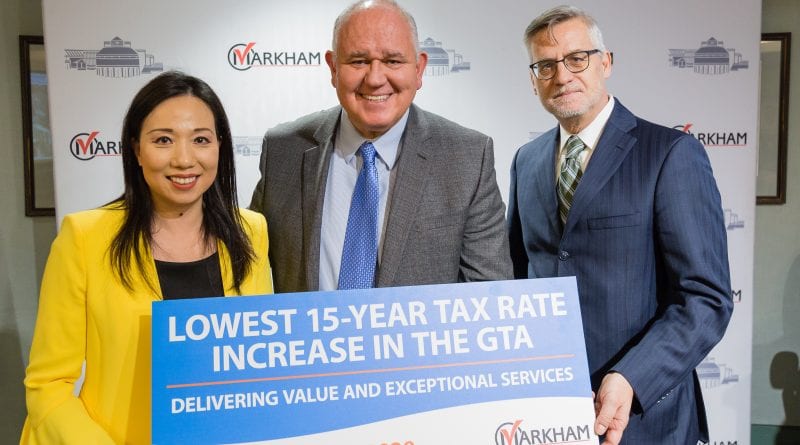 The average Markham household will need to fork out another $24 in property taxes next year after Council gave the City’s $522-million budget its stamp of approval.

“We are a cultural hub buzzing with endless excitement and a key economic player in the heart of Ontario’s innovation corridor,” says Mayor Frank Scarpitti. “Using an affordable approach, I believe Markham’s 2020 Budget addresses the needs of our growing and diverse community.”

The 2020 tax rate increase of 1.95 per cent – approved on December 11 – includes a 1.45 per cent increase for day-to-day operating expenses and a 0.50 per cent increase for infrastructure investment to repair and replace City assets over the next 25 years. “It was important for me to bring the tax rate down to below the anticipated rate of inflation,” Scarpitti says. 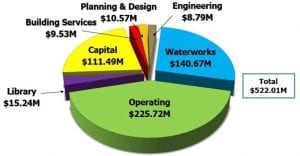 The City will spend $6.9 million on asphalt resurfacing and pavement preservation work on about 19 kilometres of two-lane and four-lane roads. Plans to invest in energy conservation and efficiency for its buildings will build upon reported savings of $2 million a year in utilities and a 14 per cent greenhouse gas reduction per resident since 2012.

As part of its 30-year Flood Control Program to improve storm drainage capacity and to limit flooding risks, the City has earmarked $10.9 million for construction in west Thornhill on Clark Avenue to the east of Henderson Avenue, and on Morgan Avenue between Yonge Street and Henderson Avenue.

Residents can look forward to $22 million worth of new parks, including Box Grove Community, Cornell Community, Wismer McCowan Woodlot, York Downs and Leitchcroft Towhhouse Parks and Cornell Parkette. The City plans to plant 10,000 trees, adding to the more than 400,000 trees planted through the Trees for Tomorrow program.

Also on the books: $1.4 million for a new trail system from Markham Centre from the north side of the Rouge River from Warden Avenue to Sciberras Road. Markham will design a new trail from the Rouge Valley Trail to Kennedy Road and Austin Drive at a price tag of $200,000.

Under its Digital Markham Strategy, the City promises to expand digital access and literacy programs, pilot test digital city technology in ‘living labs’ and implement new technologies to enhance service delivery. Plans to expand the use of Your Voice Markham, an online engagement platform, will give residents a new way to engage with the City on specific projects and initiatives. Finally, the City will invest in a new economic development strategy.

Markham’s 2019 budget of $520 million resulted in a 1.97 per cent tax rate increase, which resulted in an increase of $24 property taxes for the average residential household. Markham collects property taxes on behalf of York Region and the Province of Ontario, with 51 per cent of all Markham taxes going to York Region. The City of Markham keeps about 25 per cent of the taxes collected, with the remaining 24 per cent going to the Province for education.