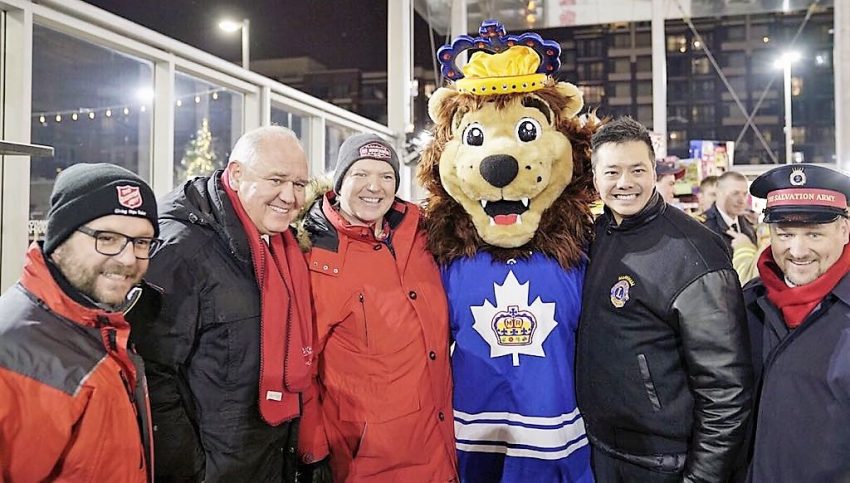 Frigid temperatures and rush-hour traffic did not stop members of the community from participating in the toy drive, Dec. 15, at the Pride of Canada Carousel. Local Lion and community patron, Aaron Madar, played host at the event alongside Mayor Frank Scarpitti and CTV weather anchor, Tom Brown.

Everyone was asked to bring an unwrapped toy toward Toy Mountain’s goal of gathering 150,000 toys across the GTA this holiday season. Local schools and community groups donated toys that they collected during their drives before the event contributing to the 1, 740 toys collected and a total of $15, 040 in cheques on the night!

Attendees were treated to a singalong with Santa, skating, free carousel rides, hot chocolate and lots of treats to snack on. Also in attendance at the event were representatives from the Salvation Army, Markham Professional Firefighters Association, Stem Kids Rock, as well as Ward 6 Councillor Amanda Yeung Colluci.