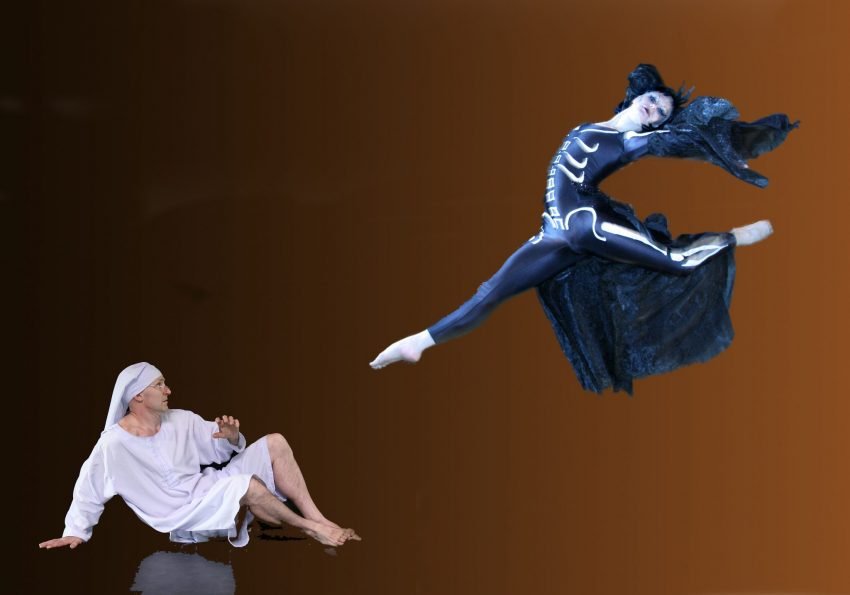 Local dance theatre company Motus O’s production of A Christmas Carol has become an annual Christmas tradition for many local families – both to watch – and for a keen cast of children and teens each year- to perform in. Since inception, the show has combined professionals with a large cast of local children and teens in a unique reworking of Charles Dickens’ famous story.

This 10th Anniversary Christmas production will see it return to the Flato Markham Theatre where the production was first launched.  This year, Ebenezer Scrooge will be visited by his Spirits on Saturday, December 23 at 3:30pm and 7pm.

In celebration of the show’s tenth year MOTUS O’s professional dancers, actors and singers will perform along with an alumni support cast including children and teens from Stouffville, Markham, Uxbridge and Toronto.  Added this year will be a choral group from Ovation Performing Arts School in Richmond Hill.

Motus O’s Co-Artistic Director, Jack Langenhuizen, added that “Everyone knows ‘A Christmas Carol’. The story of Ebenezer Scrooge and the three Spirits has become part of our culture.  But we put a new slant on things, so the story is both familiar and different.”

Motus O has a substantial following in the Canadian dance and drama communities, their productions having garnered many favourable reviews from national and international media and audiences since their founding back in 1990. For aspiring young actors and dancers, A Christmas Carol has for ten years offered them the chance to work with experienced professionals in a real theatre setting.