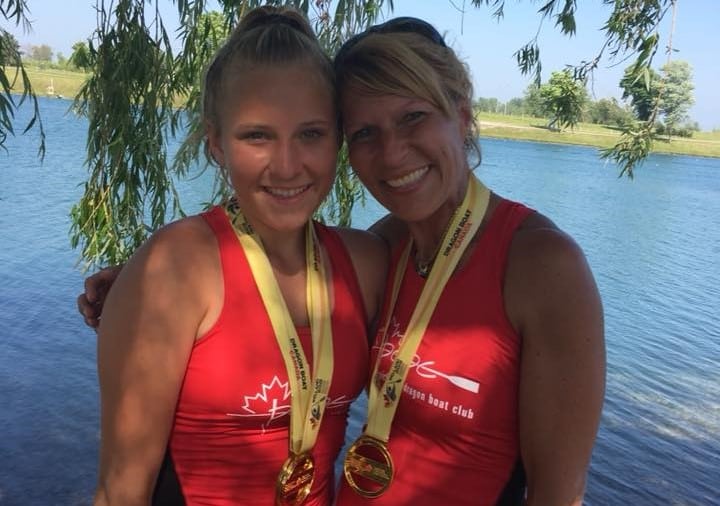 Canada had tremendous success at the recent International Dragon Boat Federation World Club Crew Championships at Szeged, Hungary. In July, more than 6,000 athletes from more than 30 countries competed in the 200-metre, 500-metre and two-kilometre competitions.

All crews from the Pickering Dragon Boat Club raced in the grand finals and every senior and junior crew making it to the podium.

Mirja Raita paddled on a women’s and mixed crew. The mixed crew won gold in each division of the Senior-B category, while the women’s team took silver in the two-kilometre race.

Her 14-year-old daughter Jennifer, who will be attending Bill Crothers High School this year, won four silvers, one gold and one bronze paddling for her women’s, mixed and open crews. She paddled with the Junior-A team.

Photo: Mirja and Jennifer Raita show off their gold medals.