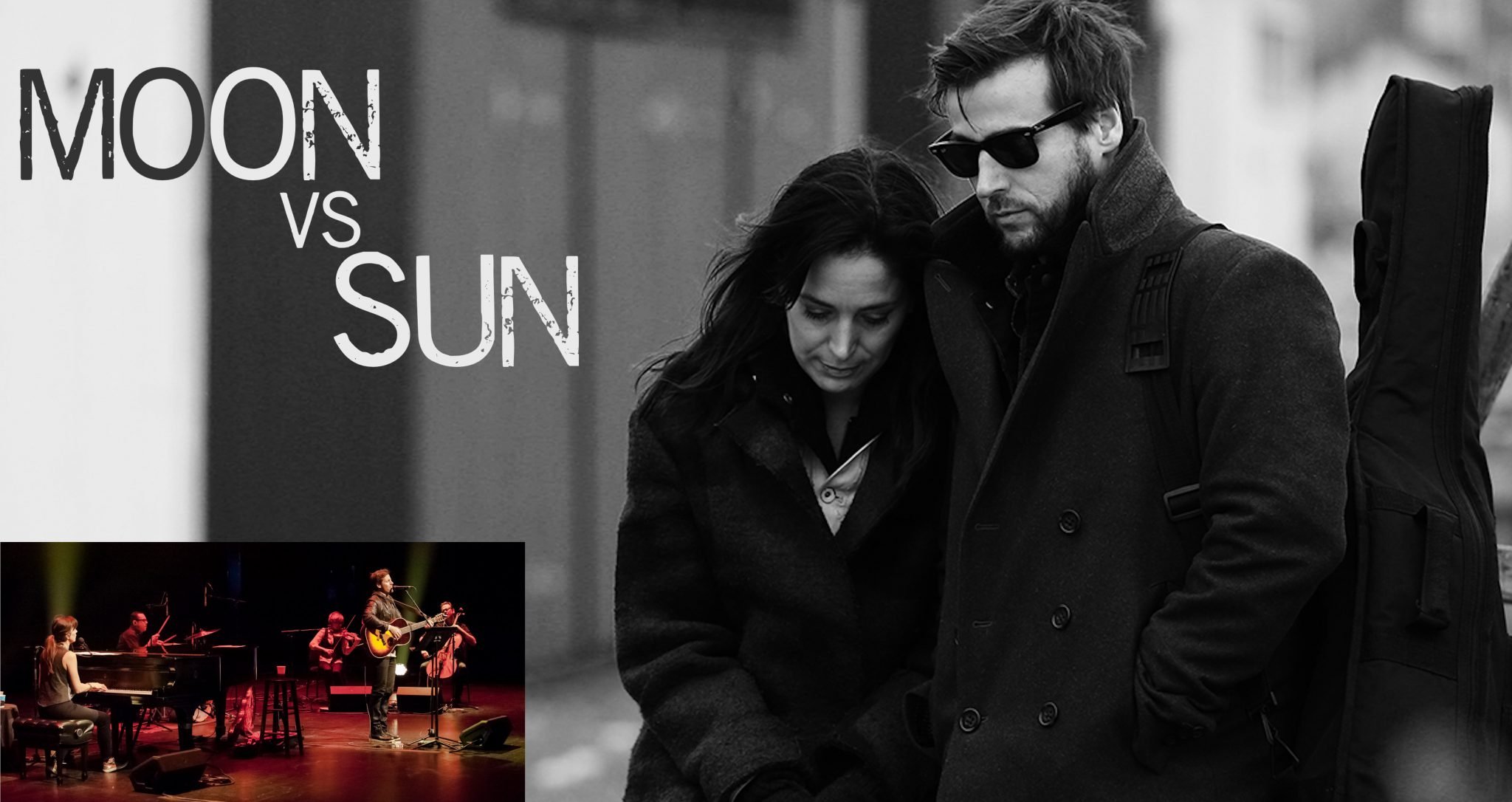 Whether it’s the Von Trapps from The Sound of Music or The Partridge Family, our culture has obsessed over musical families for as long as we’ve loved music. Not just in fiction either, The Jacksons, Johnny Cash and June Carter, even Mozart and his sister touring royal palaces are all capitalizing on the special connection found in family.

Chantal Kreviazuk and Raine Maida have each traveled the world playing music on their own, long before they fell in love and got married. Now, as well as raising three sons, they perform together as Moon vs Sun.

Moon vs. Sun comes to the FLATO Markham Theatre on Oct 24.

“It’s not always vs but it’s a really great energy between the two of us, both musically and in our relationship,” said Maida. “We don’t come at music the same way, and if someone is having a bad day the other one holds them up.”

As a solo artist, Kreviazuk’s first effort snagged a Juno nomination for Best New Artist and she hasn’t looked back. Her three following albums would cement Kreviazuk as one of the premiere female artists in Canada and work on blockbuster movie and television soundtracks, notably Armageddon, Sisterhood of The Traveling Pants, Dawson’s Creek and many more, gave her a break in the in the US.

The moon to Kreviazuk’s sun (or is it the other way round?), Maida shot to fame as the lead singer and songwriter in the chart topping rock band, Our Lady Peace. With OLP, Maida has achieved Diamond sales starts in Canada, Platinum in the US, has three Junos, and an armload of MMVAs.

The pair met at a Pearl Jam concert in 1996 and were married in 1999, making them easily one of Canada’s most successful musical families. This status was somewhat unofficial for some time, as they supported each other and even played on recordings together but never in an official capacity.

Working together as Moon vs Sun was something they had wanted to do for a while, but could never find the right moment.

“Probably about five years ago we wrote this song called ‘I Love It When You Make Me Beg,’” Maida said. “That basically started everything in terms of like what we could do together.”

Then, in 2014, the Governor General jointly appointed Maida and Kreviazuk to the Order of Canada, not just for their musical contributions but for the work they had done together  supporting causes for children all over the world.

They began writing and touring as Moon vs Sun the following year. The show was an instant success with critics and audiences.

“We’ll play songs that they already know in Raine’s collection of his songs and his band and mine too,” Kreviazuk said. “There’s something for everyone within the show which is what I think is incredible.”

The duo has been talking about recording a proper album together for a few years, but for now audiences have to satisfied with seeing them perform.

“I feel like when we go on the stage together and start making music together it’s this kind of calm and amazing moment,” Kreviazuk continued. “It sort of is a manifestation of our partnership that we wouldn’t be able to experience any other way it’s very unique and feels really special.”

In the wake of Moon vs Sun, it’s easy to see why musical families are so compelling.

Moon vs Sun plays the FLATO Markham Theatre on October 24.
Tickets are available by calling 905-305-7469 or by clicking here.