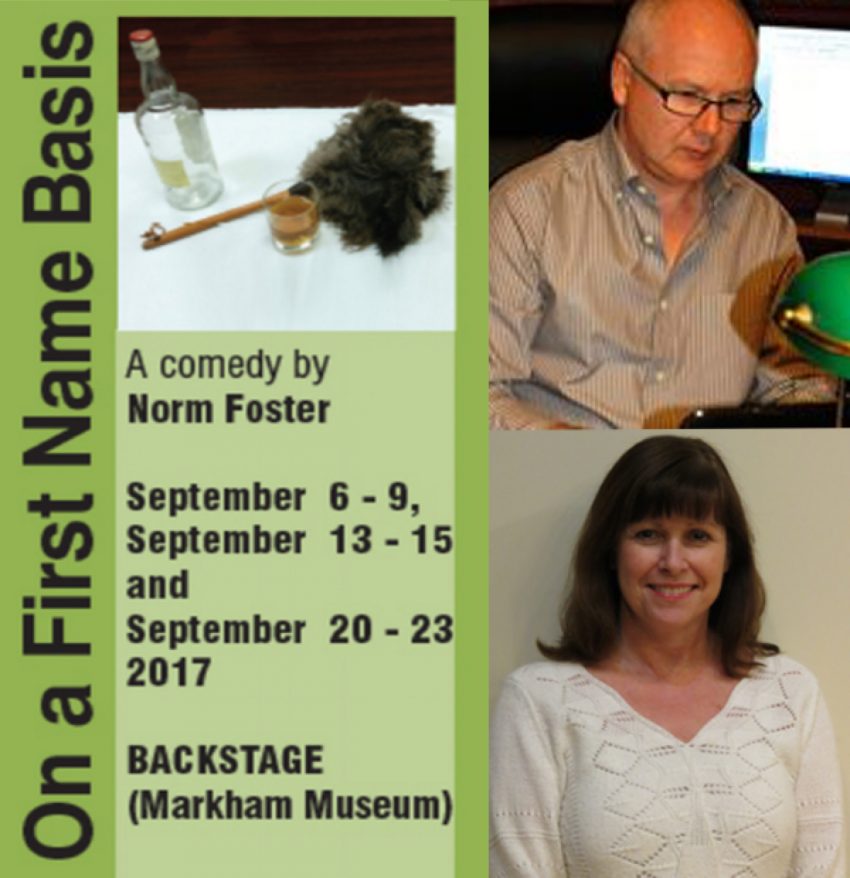 Few theatre companies can mix new and old as well as Markham Little Theatre. One might expect a company that’s been around for more than 50 years would struggle to keep things fresh. With much of its long-time audience connected to tradition, this can come even more challenging.

This September, Markham Little Theatre will present the newest work of classic Canadian playwright, Norm Foster. No stranger to his work, the company has presented his plays dozens of times, but this time they’ll do it in a brand new venue.

About 10 years ago, MLT acquired a space on the grounds of the Markham Museum to use for rehearsal, set and costume building and storage. Now, after many years of planning, this space will be opened as a performance studio called the Backstage, as well.

“The feeling of intimacy is going to be terrific,” says the show’s producer, Margaret Brownsberger. “Backstage can only seat 100 people and the last row is only 34 feet from the stage.”

The new space became a reality this fall because of Flato Markham Theatre’s planned September renovation. So, stage and risers have been built with real theatre seats, and lots of little extras have been planned for audiences. Tech equipment has been brought in and the audience can expect the same warm and welcoming ushering staff. Additionally, the show will run over three weekends to compensate for the smaller capacity.

Of course, this is a far cry from the grandiose confines of the Flato Markham Theatre where other MLT shows are performed. A cozy and close environment often brings new challenges to performers and production staff, but when it works the experience can be much more personal and powerful. Picking the right show is a must.

Norm Foster is always a safe bet for success. However, keeping with the idea of ensuring new and old, this fall’s show will feature Foster’s most recent work, On A First Name Basis. The show drops in on the lives of a cantankerous yet very successful writer and his assistant/housekeeper of 28 years, whom he barely knows. The writer, ashamed, tries to learn all he can about her, in this show that many think is based on Foster’s own life.

“The script is great because it’s real,” continues Brownsberger. “The audience will laugh many times and have a wonderful evening.”

The show is being helmed by director Ali Adatia, an experienced and award-winning actor and screenwriter. A veteran of many stages in Markham and Stouffville, as well as TV and film sets around the city, Adatia is making his directorial debut with this show.

“With all this experience he is able to conceptualize what a play needs to bring it to life,” explains Brownsberger “Of course, he’s blessed with a superb cast.”

The role of David is portrayed by veteran actor and playwright, Neil Marr, while his long suffering housekeeper is played by Marlene Foran, also a very experienced and talented actor. Both are blessed with insight and wisdom as performers, but also posses excellent comedic timing.

Tickets for the show at MLT’s Backstage venue are available through the Flato Markham Theatre Box Office.