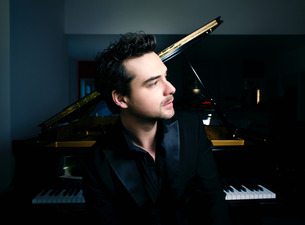 Michael Kaeshammer brings his blues and jazz tunes to the Flato Markham Theatre on Feb. 9.

He has earned a loyal international following as a triple threat. He’s a piano virtuoso with a technical mastery of many different styles, an eloquent singer/songwriter, and a charming and engaging performer.

Kaeshammer has completely come to terms with his eclectic taste in music, something evident on his albums. “My songs are just things I wanted to write,” he explains. “If they sound as if they have been influenced by a lot of different things, then that is just the way it is. To me, it just sounds like my music .”

With his recording career now spanning two full decades, Michael Kaeshammer has emerged as a truly original artist at the very top of his game and one in love with the creative process.

He has dipped his toes in a number of genres throughout his two-decade career, but labels aren’t important to him. “I don’t see it as a bunch of different styles at all,” he says. “It’s just how I play — it’s me .”

The Canadian musician simply wants to be known as a piano player because that’s how he sees himself. And if labels ruled his career, then his latest album would be weighed down by a lot of descriptors.

Combining elements of jazz, blues, boogie-woogie and more on his latest album, No Filter, it’s clear that Kaeshammer is a jack of all trades, all under the general title as “just a piano player .”