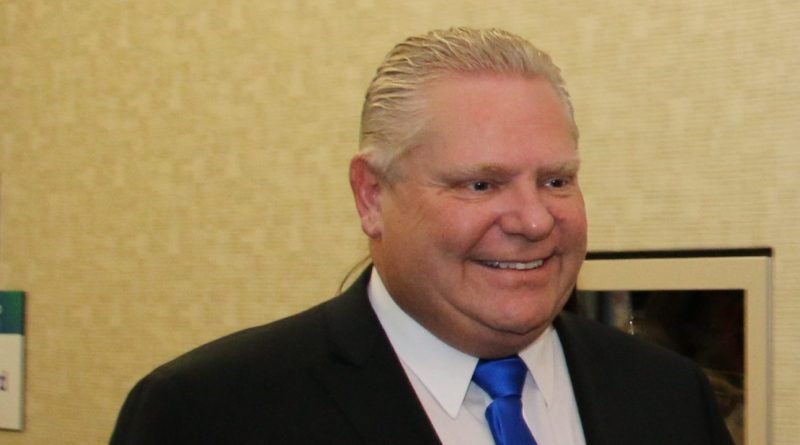 It was supposed to be a coming out party for the next PC leader held at the Hilton in Markham. Instead, it left members from across Ontario disappointed and unsure of who their next leader would be for many uncomfortable hours.

Prominent provincial PCs including former Premiers Harris and Eves, caucus MPPs, federal MPs and nomination candidates along with long-time conservative favourite, Alberta Conservative leader Jason Kenney all shook hands and helped to present a united face to Markham and the rest of Ontario. Kenney in particular, who spent so much time in Markham as Stephen Harper’s multicultural minister that many saw him as an honorary Markhamite, worked the crowd urging them to focus on defeating Kathleen Wynne in the next election.

The eagerness to get the leadership done and get into the nuts and bolts of an election campaign was palpable, especially for locals in Markham-Unionville where a candidate to represent the party in the next election has yet to be chosen. The full roster of would-be candidates was on hand, including Markham Regional Councillor Joe Li who has announced his intent to seek the nomination and run in the provincial race.

However the energy faded as a dispute over the results dragged into the evening. Angry members expressed their displeasure when the stalemate was announced. However it did leave conventioneers with a free evening to explore the night in Markham.

At about 10:30 pm, without much fanfare or people in attendance, Doug Ford was declared the eventual winner. Elected on a platform of no carbon tax, listening to the grassroots and cleaning up the internal workings of the party, Ford has his work ahead of him.

That will include ensuring ridings like Markham-Unionville, reportedly with 3,000 members signed up by various candidates, has a clean race and does not become an embarrassing spectacle as have a number of others races around the province. In some cases allegations of ballot stuffing, fake and ineligible memberships or memberships not paid for by supposed members – illegal under party rules – have ended up in the courts. Previous local races have been controversial for those reasons.

However, with Markham-Unionville being one of the last few ridings to nominate a candidate before the next election to face chosen Liberal candidate, Markham Ward 6 councillor Amanda Yeung Colucci, it will be a good test for the new leadership to show it is serious about cleaning out “the rot.”