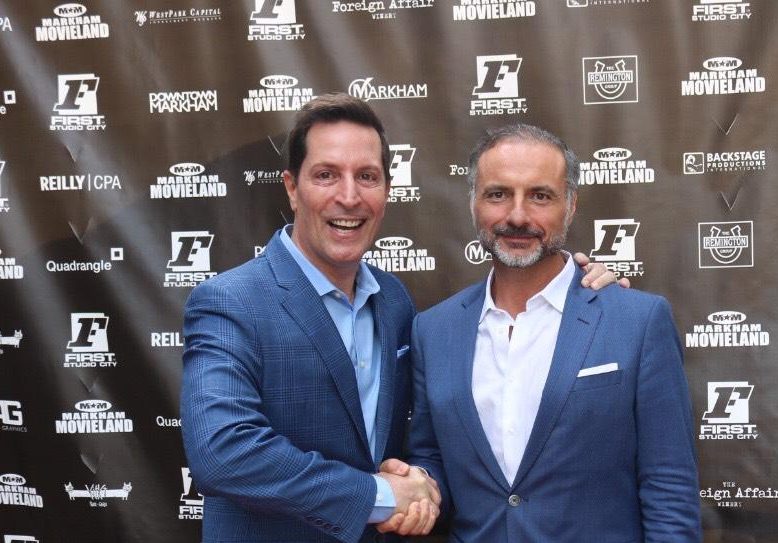 Following declarations over the last half decade about companies choosing Markham over other municipalities, now comes what is arguably the most significant announcement to date.

Upon completion, privately-owned First Studio City will have more than 400,000 sq. ft. on approximately 15 acres and be able to accommodate two massive Hollywood productions along with several simultaneous mid-sized features that will be able to produce feature-length motion pictures created for the global marketplace.

“This development will increase production space for local and international films that will attract Hollywood North, China and Bollywood, while continuing to support high-paying skilled jobs in the City of Markham and strengthen Ontario’s competitive position as a leading global market for film,” said Frank Sicoli, First Studio City founder.

Within the 400,000 square feet of First Studio City will be more than 20 soundstages, varying in size, to accommodate all production budgets. The largest soundstage, called the Super Stage, will span more 70,000 sq. ft. and make it the largest purpose-built soundstage in North America. Super Stage will accommodate one blockbuster tentpole production or two major feature films or seven mid-sized feature films simultaneously. In addition, the complex will also house an array of office space and ancillary services on the lot.

“Built by the Remington Group Inc. and designed by the award-winning architectural firm, Quadrangle Architects, the addition of Markham Movieland will be a hub for film and innovation, providing experiential learning, state-of-the-art media technology and allow for high-impact educational programs that will be first-in-class,” says Dominic Sciullo, First Studio City founder.

“We’re confident in the new business model of First Studio City and believe it has what it needs to be successful in attracting and retaining film production by bringing together first-class companies and people to build a haven of culture and technology, propelling the City of Markham into a new era and supplying producers with much needed soundstage space,” Sicoli added.

“The educational piece of the studio is really quintessential for us,” Sicoli noted.

Markham was chosen for its prime location to offer production and post-production services to an industry growing in size and importance, and with its close proximity to Toronto Pearson International Airport, a vast highway network and speedy, regional public transportation.

“We have the diversity of talent and culture needed for large-scale film and television production and the lowest industrial and commercial taxes in the GTA,” said Markham Mayor Frank Scarpitti. “The studio will be an economic driver creating high-quality jobs and a hub for talent, state-of-the-art technology and innovation.”

The film, television and digital media industry is a major economic driver for Greater Toronto, generating about $2 billion in production investment and supporting more than 30,000 jobs. Toronto’s studios are operating at capacity, with limited space available to accommodate new large-scale feature film and television productions. Creating and supporting new opportunities for private investment in studios has been a key recommendation in Spotlight on Toronto, the July 2017 Toronto Film, Television and Digital Media Board strategic action plan for the screen industry.

Located just south of downtown Markham, First Studio City is expected to be operational by the end of 2020 and create 800-1000 new jobs.

Photo, from the left, Frank Sicoli and Dominic Sciullo