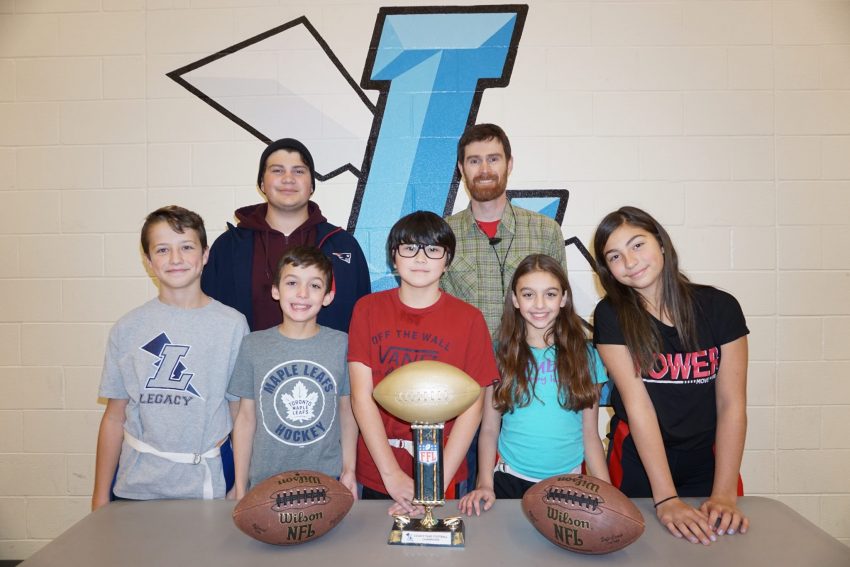 Michalos, who has been working as a teacher assistant at the elementary school for the past three months, has taken the opportunity to help Grade 6-8 students learn how to play football and its fundamentals and positions, by creating an intramural football league. In an effort to help younger students become more physically active, learn cooperation skills and have fun, he was inspired to follow in his former coach’s footsteps to teach football.

“Students coming out of elementary school find themselves in a tough spot for playing football,” says Michalos, who wanted to counteract the cancellation of his high school team. “The intimidation of playing tackle football at the varsity level can be huge for young athletes and I feel like this was a major reason our team folded.”

He had played for the Markham Marauders for three years on the offensive line. They were the first team in York Region to win the Metro Bowl, back in 2009, when they defeated Birchmount Park 19–0, at the Rogers Centre in Toronto. The team folded earlier this season due to no replacement for the head coach, Greg Pritty, who had recently retired, as well as a lack of players.

“To see it end so abruptly is sad to see,” says Pritty, who was Markham District’s head coach for the past 30 years. “There have been hundreds of Marauder alumni whose lives were shaped and influenced in so many ways by football, allowing them to go on to continue to do great things in their lives. To see those life-lesson opportunities come to an end is the real cost of no football at MDHS.”

The intramural league has had a successful first year, with their championship game played at the end of November at Legacy Public School.